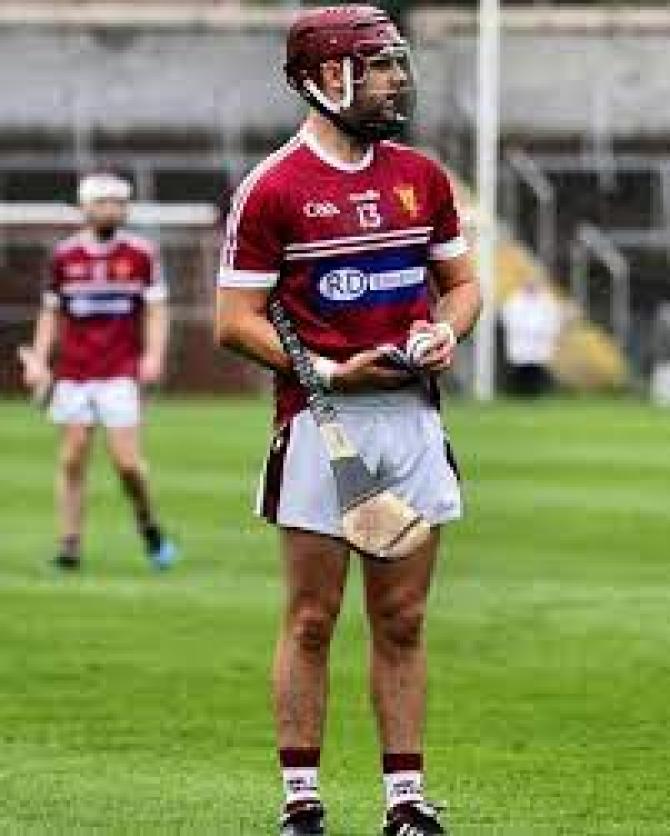 Armagh player Danny Magee will spearhead Lurgan side Sean Treacy’s challenge when they face favourites Keady in the Armagh Hurling semi-final at Davitt Park on Saturday.

The side, who were promoted to the senior series last season, are attempting to reach their first final at this level for 43 years, so before looking forward to the weekend’s action let's find out from club secretary Kirsty Donnelly how the youth teams are progressing.

She said, “Our underage structure continues to grow and flourish at Sean Treacys. We have 100 plus kids training at Tannaghmore Gardens on a regular basis, some as young as three-years-old.

She continued, "As our underage continues to grow and having young hurlers represent their club at U15 and U17 at county level, we hope to see a successful progression of young players feeding into our senior panel for years to come."

"Sean Treacy's have been very lucky to see steady growth during the Covid pandemic and hope to continue growing from strength to strength.

“We have recently supported the introduction of hurling at St Anthony's Primary School and are keen to build on our school links in the future with the hope that all children can experience hurling in the local area.”

This season the Armagh Hurling League was played on a short format of one round of games and Sean Treacy;s played Keady early in the year, with the South Armagh Team coming out on top.

The Lurgan club, managed by Chris Shine and Canice Cavanagh, have been working diligently to prepare the team for this championship encounter. They have played four friendly games in September against Dungannon, Clonduff, Newry Shamrocks and Warrenpoint.

Their centre half back Ryan Stewart broke his collar bone in the last game and will miss the Keady encounter. P

reparations have also been hampered as captain Odhran McCann and key forward Tiarnan McKavanagh have moved to Liverpool to study at University, but with a big squad Sean Treacys are confident of creating a surprise result in this year’s championship.

Team boss Chris Shine said, “It has been 43 years since Sean Treacys were in the final last and this team are keen to emulate those men of 1978.”

Key players for Sean Treacys in defence are young County U20 star Caolan McCann, Gabriel Basara and Kane Laverty. These defenders will be supported by experienced the Barry McDonald, Ciaran McCann and Rory Shine.

Armagh’s Danny Magee will lead the attack and has been in fine form during 2021, most notably scoring five goals against Leitrim in a Nicky Rackard championship qualifier in June.

Danny’s brothers Marcus, Reece and Kyle will join the attack and will be assisted by Micky Doran, Anthony Carville and Tam McKavanagh. Tam’s father Declan played in the 1978 final against Cuchullians.

Manager Shine concluded, "After an enjoyable and successful 2021, Sean Treacy’s can look forward to this championship encounter with confidence.”