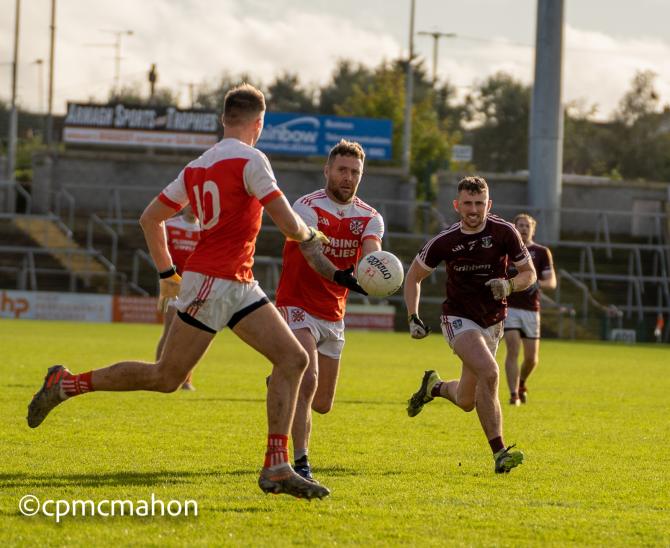 The Vintage Bar and Restaurant in Lurgan will be the setting for a 'first' for Lurgan next Thursday night (7.45pm), where top G.A.A celebrities from the club world will join fans to focus on the forthcoming Armagh senior final, where Clann Eireann play Crossmaglen.

The enormity of the task facing the Lurgan club comes into focus considering that Rangers have won 27 titles since Clann Eireann last won the old McKillop Cup back in 1963.

With the silverware now being played in honour of the late Gerry Fegan, the Lurgan outfit will be doubly motivated to create their own piece of history.

With the top table soon to be announced Eugene Creaney, who will be representing growing social media outlet Your Lurgan, said, "The town is buzzing at the minute, with all the club's getting behind Clann Eireann's challenge.

"The Vintage is an ideal setting for the debate which is a first for Lurgan.

"Clan Na Gael, in the early nineties, were the last club from the town to win the senior championship, so with loads of local celebrities set to attend it should be a great event.

"Entry is free, and fans should keep a look out for further details over the next week.