Maghery Chairman says history not an issue for Clann Eireann 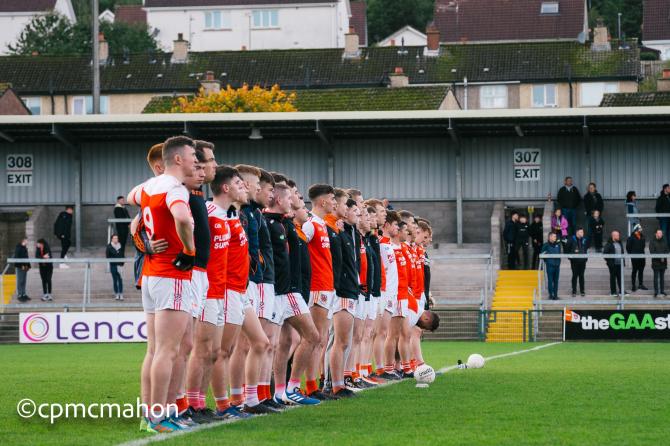 Maghery Chairman, Niall Forker - who has just finished a distinguished career in his club jersey - stressed that Clann Eireann should not concentrate on their history when facing red hot favourites Crossmaglen in Sunday week's Armagh championship final.

With Rangers having landed 27 titles since the Lurgan side last won the series back in 1963, the task facing the Lake Street side is immense.

But the Maghery chairman stressed, "To be honest Clann should look at the game in isolation.

"As a club we entered finals over the past number of years and when we made the breakthrough, we hadn't won a title so it's all about what happens in the final.

"When the ball is thrown in the players won't be thinking about what has gone before, so the attitude should be lets go and win it."

Niall, whose family are stepped in tradition at the Sean McDermott's, suggested that by beating his side Clann Eireann gained confidence for the Balymacnab tie.

He stressed, "We knew from last year that our game with them was going to be close, but they gained a lot of confidence putting Maghery out and Ballymacnab are a very good team, so all of that will bring some optimism moving into the final."

Niall, who is one of the youngster Chairman in the county, passed on his best wishes.

He said, "If you are speaking to the Clann Eireann lads you can say that Maghery wish them all the best in the final. I thought they deserved the win against us, it's all about making a breakthrough, so it could be their year."