'Our players want to play against the best': James Byrne 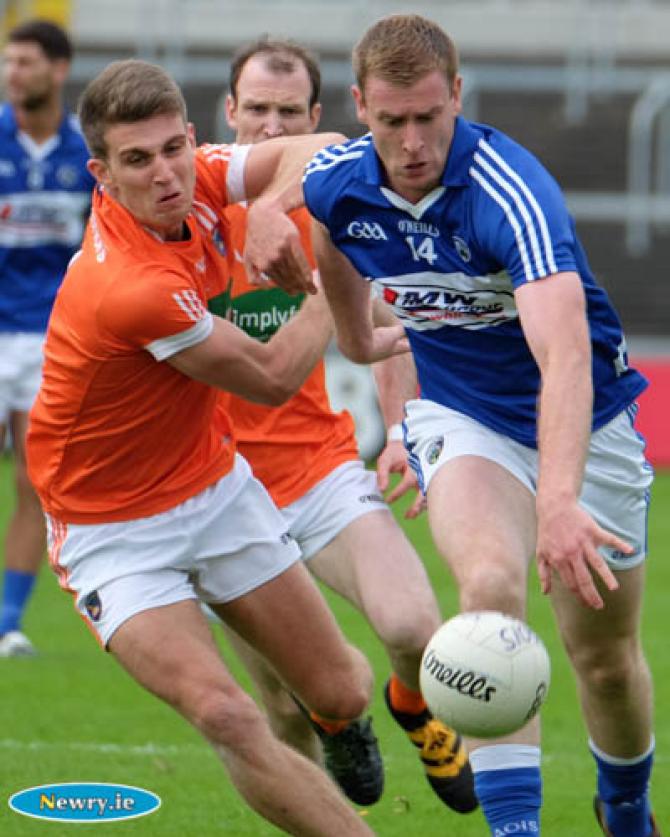 Clann Eireann legend James Byrne, who along with Tommy Coleman , Mark McCann and Kevin O’Loan, form a management team which is hoping to deliver the Lurgan side their first Armagh senior championship title since 1963.

Speaking this weekend, the former St Colman's College star stressed, “So far this season our players have been tested against the best in club football.

“Our boys have lined out against the best player in the county in Aidan Forker, they also had to compete against Ballymacnab's Ruairi Grugan who would be the best centre forward around at the minute and when we have a look at the forthcoming final you have two players from Crossmaglen there in Oisin and Rian O’Neill who have been nominated for All Stars this season.

“Our players have played against the best and want to mark the best. It’s where we have to be to succeed.”

Shay Heffron will again lead his side out for another titanic clash, but irrespective of the result at the Athletic Grounds on Sunday week, the future looks bright for the Lurgan side.

Byrne stressed, “We had been going for three Armagh under 21 titles in a row before Covid struck, and also didn't get to compete in Ulster at that level either.

“At Clann Eireann we can continually talk about underage success, or move to challenge at senior level.

“The back to back wins over Maghery and Ballymacnab show we are ready to challenge.

“Crossmaglen are raging hot favourites, and although the bookies rarely get it wrong its down to us to create our own piece of history.”