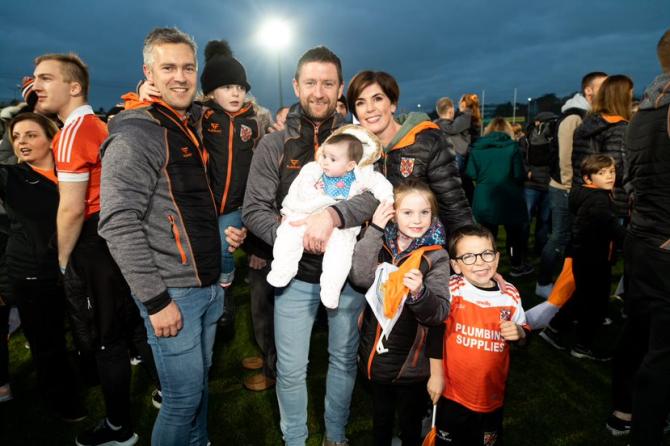 The Lamb Dearg clubman knows several of the Lurgan sides players well from his coaching duties with Queens.

He said, "I would be familiar with lads like Owen Mulholland, Conor Turbitt and Tierna Kelly, and have no doubt the side will give a good account of themselves in Ulster."

Speaking about Aghagallon's Antrim decider defeat to Creggan he said, "I thought they were a bit stronger than us on the day, but we have had a great season and both senior and minor so there is a lot to celebrate."

Clann Eireann fans will travel in big numbers to Toombridge for the club's first ever Ulster Senior club championship tie. The provincial series was not in vogue the last time the Lurgan side won the Armagh title.

The lads who will be playing for the Shore Road side are no strangers to Ulster games, many of their line out have already won medals at provincial level.