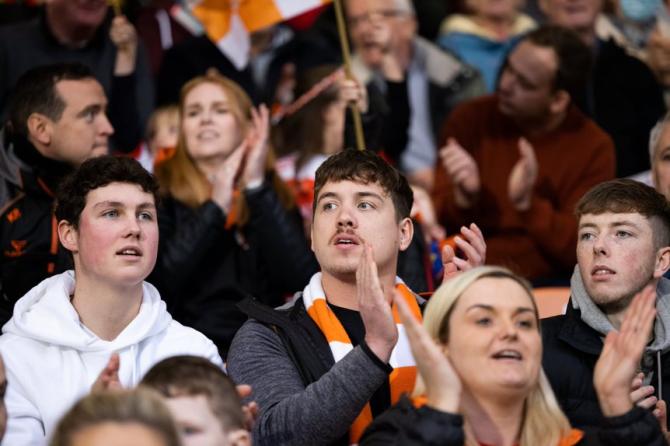 As things stand Lurgan side Clann Eireann, who won their first Armagh senior title since 1963, will travel to Corrigan Park in Belfast for their Uster championship opener with Antrim champions Cregan.

The game is set for next Sunday week at the Whiterock Road venue, which is the home of the St John's club, and has a 1.30pm start with fans (pictured) set to attend in big numbers.

The Lurgan club will be sampling their first ever Ulster senior series, which was not in existence the last time the won the championship in their own county.

With Casement Park still facing planning issues, Corrigan has recently been hosting all the big games the ground has a new state of the art covered stand which holds around 2,600.

Tommy Coleman's side will be looking to reach a provincial semi-final at the first time of asking.