'We can build on the success', says Clann Eireann's Bell 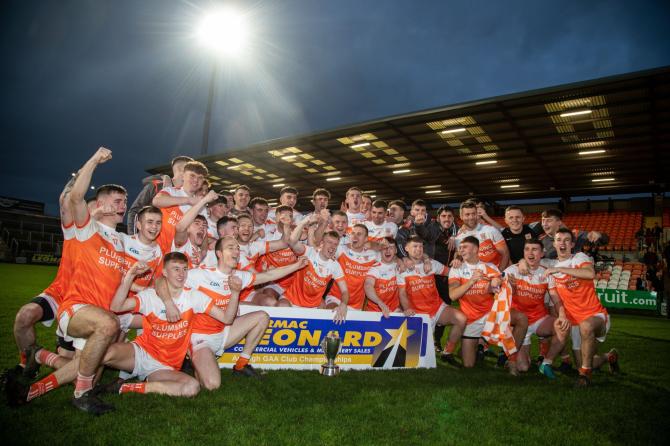 Clann Eireann veteran midfielder Conor Bell will have his family in the stand at Kingspan Breffni Park on Saturday for his club's biggest ever game.

The 38-year-old has been the lynchpin in his side's movement through Armagh and with his cousins in the Lake Street line out he is optimistic, yet guarded, about his side's chances against crack Fermanagh outfit Derrygonnelly.

"It has been great; the lads have been working hard in training and although we left it a bit late against Creggan last time out we made a decision at half time that we needed the best second half of our lives and thankfully the young legs took us over the line," stressed Beller.

With a huge family connection in the Lake Street club, the midfielder says the fans have a big role to play.

"I have been around for over 20 years and to be honest you never think that as a player you can get to this level. When you are at home with the kids and Ashlene, who has to put up with me, it all sinks in.

"It's amazing though, my mum and dad are loving it, but we are so privileged to be still playing football at this time of year."

Conor Bell says he hopes that his club's young players are inspired by this year's success.

"The lads brought the cup around the local schools and if we can be role models to the kids than it will be all worth while," he added.

"I hope we can inspire them to keep fit and enjoy the game and the great facilities at the club."