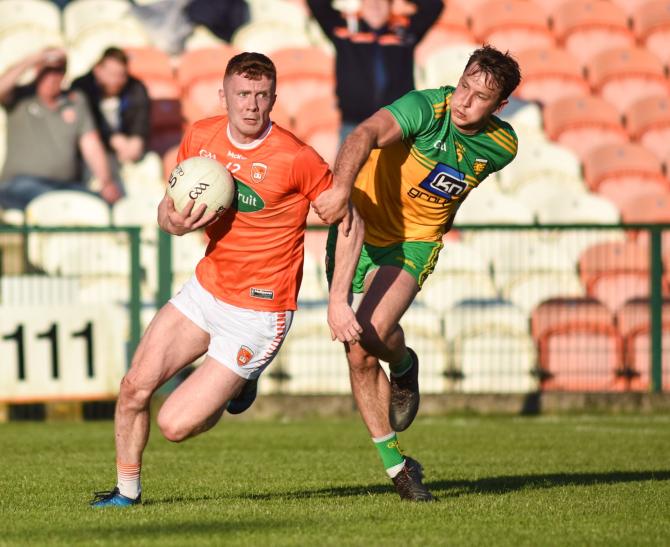 A LATE goal from Ross McQuillan gave Kieran McGeeney's Armagh side their first win of the season tonight in Kingspan Breffni Park.

The result comes at the end of a titanic clash which saw the sides pull level on numerous occasions.

The winners, should they get a result next time out against Tyrone, would stand a chance of reaching this year's semi-finals.

But the most pleasing aspect of tonight's result should be the fact that the scoresheet shows eight different names.

Trailing by a single score with normal time up, McQuillan hit a goal and a point after being sprung from the bench.

In fact the Orchard men struck the final four scores of the contest with Rory Grugan and Rian O’Neill also getting in on the action.

Clann Eireann's Conor Turbitt made an appearance in the second period, and points from Jamar Hall, Burns, and Aidan Forker kept Armagh in touch despite Cavan taking a 0-06 to 0-03 lead midway through the opening period.

James Smyth and Geroid McKernan were impressive for the Breffni men.

Armagh will now enter the Tyrone game in confident mood before streamlining their squad for the league opener with Dublin at the end of the month.