Murnin back for Armagh 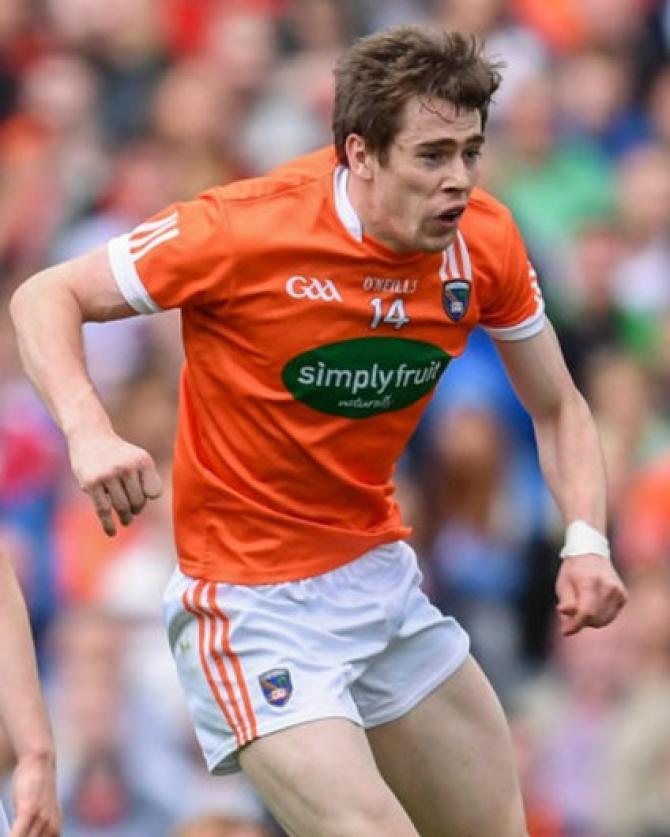 Lurgan man Andy Murnin (pictured) will make his first start of the season when he wears the number 14 jersey as Armagh face Tyrone in the Doctor McKenna Cup on Sunday.

The St Paul's player, who has been struggling with injuries for a number of seasons, will be part of a formidable forward line which also includes senior championship winner Tiernan Kelly from Clann Eireann and joint captain Rian O'Neill.

With fans asking when was the last time three Maghery players started on an Armagh side, Aidan Forker joins both Ben Crealey and Ciaran Higgins in the defence.

Team boss McGeeney has listed just five of the players who finished last time out against Cavan in the season's opener. They are Ciaran Mackin, Rian O'Neill, Aidan Forker, Jarlath Burns and Aidan Nugent.

Should Armagh draw or gain a victory they would go through to the semi-final. A reversal against the Red Hands would have to be by a big margin to put Tyrone through.