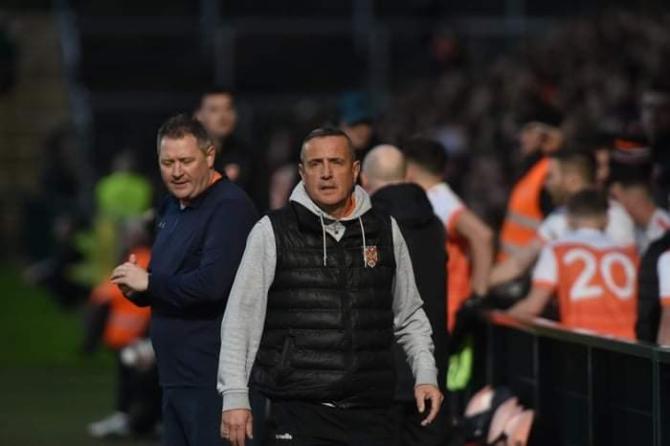 Everton fans are not the only set of supporters waiting on word from their board on a new managerial appointment.

Following the departure of Clann Eireann senior team boss Tommy Coleman, the club’s fans and indeed the entire county are frantically checking social media pages for word on who will step forward to steer the Armagh champions to their first defence of the title.

With club secretary Brian Turbitt only saying that "It was too big a job of work to rush", it can be said that the Lurgan side will be keen to set a new managerial team in place with pre-season training already in place by most clubs.

It would be a huge shock to see the Shore Road club appoint an outsider, while fans still await word on Ryan Henderson's intention’s to remain on the field of play. Should the former county player hang up the boots, he would be ideal in a training or technical role with the county champions, as would the now retired former skipper Conor Bell.

Big Mark Beattie would have no fear of trying to emulate what Tommy Coleman has done and he would relish the challenge of keeping the Gerry Fagan cup at Lake Street.

The smart money would be on Ruairi Lavery, who has a good record with underage sides with the Clanns and is a deep thinker on the game. Along with Beattie they may be the ideal partnership.

Martin McConville, who steered the club to numerous youth success, would be another tried and trusted coach.

It can be taken for granted, however, that Tommy Coleman will be the first person to wish the new management well.

Lurgan and the county awaits. Keep an eye out for any breaking news on Your Lurgan.