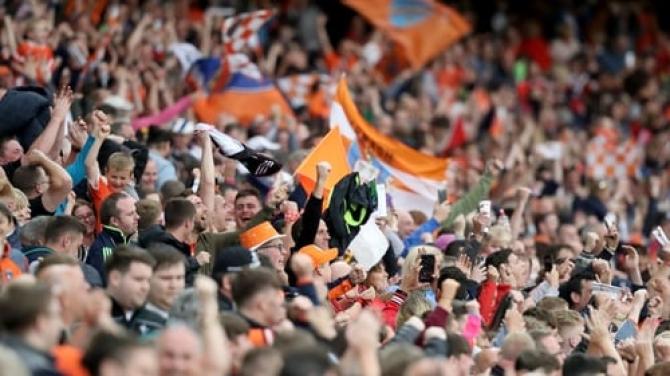 Armagh and Dublin fans who attend Saturday's National League Opener may remember the huge crowd of over 50,000 which viewed the game between the sides at the start of 2003 when Joe Kernan's side were All Ireland champions.

The city is set for a boom week with Ireland also hosting Wales the following weekend in an opening Six Nations game, but could the game at Croke Park be better attended than the clash at the 51,000-seater Aviva clash?

It has been gathered that match tickets for the Croke Park clash are selling well in Dublin, with fans hungry for action following the re-opening of society. Even the fact that the game is being televised may not dampen the enthusiasm of the fans.

With supporters greeting the news that Translink have moved the departing train from Dublin Connolly back to suit fans heading back to Ulster, and coupled with the fact that extra carriages have come as a huge boost, interest has been further generated.

Armagh are expected to field an almost full-strength line out for the league tie. Dubs manager Dessie Farrell and Kieran McGeeney should know each other's game plans, having lined out together for Na Fianna.