Clann Eireann player of the year delighted with award 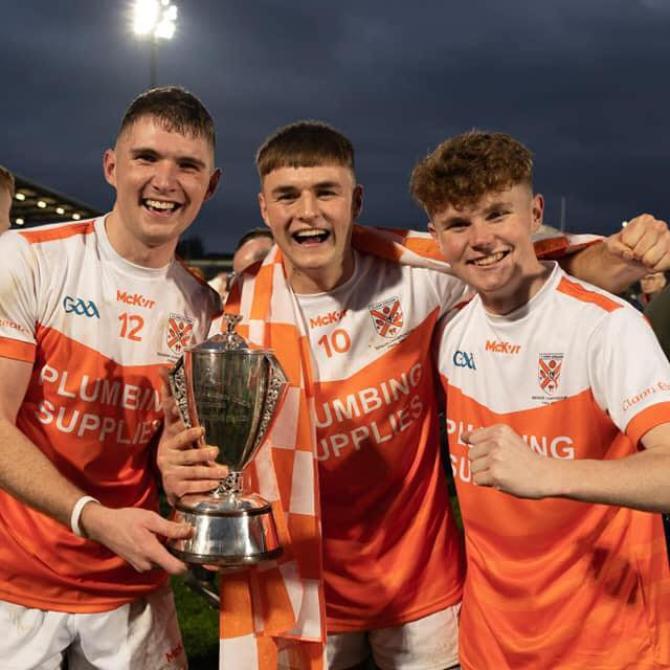 Clann Eireann player of the year, Conor McConville, says he is "delighted to have picked up the honour considering the intense competition."

Playing a huge part in his club's historic Gerry Fagan Cup triumph last season the midfielder, who comes from a loyal Shore Road dynasty, was the Clann's minor player of the year in the past.

"Several players had to be in the running for the award" he stressed.

"Any team who win a championship would have a range of performers who have steepped up on different occasions, so I would look at it as an honour to be representing my club and my family."

Back in 1963 Conor McConville's grandfather, Seamus, was an intricate part of the Lake Street side which won the championship. The McConville connection is still prevalent.

Conor said, "Growing up with family members coaching on playing alongside you is always special.

"We owe a lot to Tommy Coleman and his management team, and Rory (Lavery) has come in will have his own methods, so next season will be tough but we are looking forward to it."

So was it a surprise to be selected?

"To be honest a lot of players had good seasons," claimed Mc Conville.

"You just have to put in the effort and see where it leads.

"I would like to thank those who made the choice, and the supporters who carried us through all season."