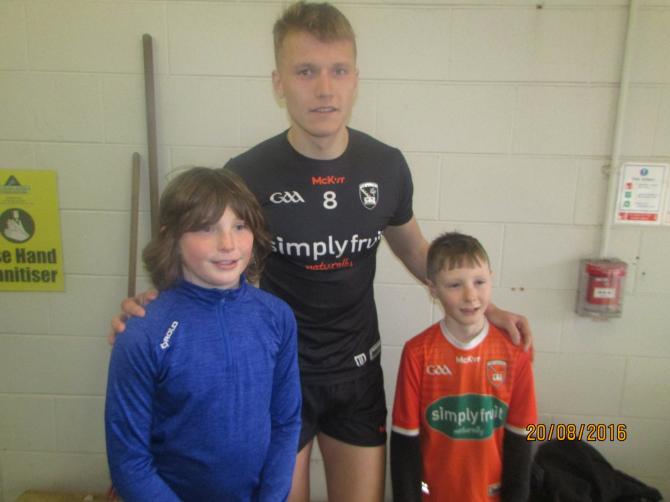 Armagh will have to beat Donegal in their final league game of the season and hope that Kildare upset Mayo next weekend to have a chance of reaching this year's decider following a 3 points defeat at the hands of Kerry today.

Kieran McGeeney's side, who once again were silent following the tie in protest surrounding the dispute over players expenses, looked a bit off the pace in the opening period.

However, despite seeing the visitors holding the lion's share of possession, they battled in the last quarter to create enough chances to level the tie and saw a guild edge effort from Jason Duffy hit straight at Ryan in the Kingdom goals. Stefan Campbell was positioned at the far post in predatory mood but the delivery never came.

The rumours and counter rumours over the whereabouts of David Clifford were soon brought into factual reality when the best striker in the game cruised on to the Athletic Grounds as a blood sub, unnerving the home fans, before being removed from the action.

Teasingly Jack O'Connor sent Clifford into the 'official' action after the break, to hit 1-02, but the all-star was overshadowed by the best player on the park, Jack Savage at centre forward, who hit six of his side's points in a masterclass performance. The irony was that none of the opposition defenders closed him down.

Have Armagh Improved? Yes, dramatically so. Are they Ulster contenders? Maybe. All Ireland contenders? No.

Today's outing against a Kerry outfit who were missing several regulars underlined the graphic describing the road ahead, bravery and tenacity are in abundance, but the fans need more from the forwards - particularly in "powder keg" situations.

The positives - Ben Crealey and Ciaran Mackin certainly had their moments against the kingdom pairing of O'Connor and Barry, and Aidan Forker once again showed his versatility. The utility player, possibly one of the most natural full forwards in the county, possesses a consistency rarely matched.

The "long and winding road" which leads to Croke Park, will need a agile keeper between the posts, the "keeper sweeper" will disappear like most fabrications in the passing of time.

Armagh need to be reinvented. Coming from Division 3 is commendable, a revisionist would ask for more shots from distance, and more simple running in straight lines. In old money the description was "taking the man on".

Armagh are now a "good" team - how good remains to be seen. Two visits to Donegal will evaluate and provide the credence to challenge for provincial honours.