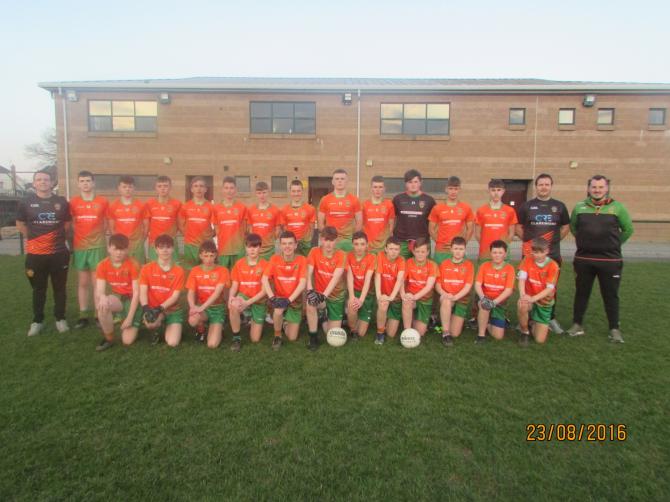 Craigavon club Eire Og will face amalgamated side Naomh Colum, made up from players from Maghery and Grange, in Sunday’s Armagh Feile Shield final at Clonmore.

Having registered some big wins, the Pinebank side had to pull out all the stops in their two-points semi final win, a victory which according to Gerard Donnelly from their management team was exactly what the young side needed.

He said, "The lads had to battle every step of the way to reach the final.

“We knew this team could go places. I think the club saw it in them from a young age. They are brilliant to work with train hard and most importantly, they listen.”

On the way to this weekend’s final the Ogs beat Culloville 5-06 to 2-06, had a comfortable win over An Port Mor, ran out 5-08 to 2-03 winners over Ballyhegan before squeezing home against Patrick Rankins to reach the decider.

Gerard added, "We are expecting a lot of our supporters to travel to the game. We will be delighted to see them.

“There is no doubt the opposition is strong, but the lads are ready to give their best.”

Along with Steven Flannery and Fergal Connolly, Gerard will be hoping his the Ogs will be the first club team in Armagh to lift silverware this season.