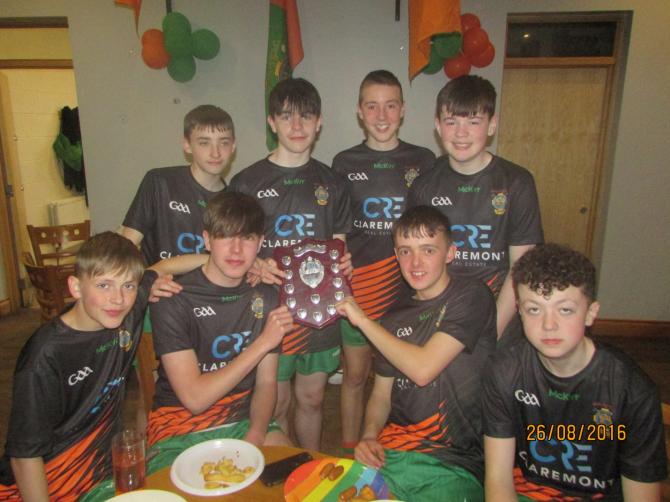 Eire Og's Feile side reversed a 13 points deficit today against St Colum's in the Armagh final in Clonmore to win on penalties after a gripping extra time period.

In an absolutely superb tie the Pinebank side showed loads of tenacity with their keeper Paraic Cushley making a crucial stop.

In what was one of the best finals for years, both sides deserve huge credit, according to Gerard Donnelly from the winner's management team.

He said, "Anyone who was there witnessed a superb game.

"We were playing a side who had several Armagh Academy players in their ranks, but we have nothing but praise for our lads who looked out of it. The fight back to secure the draw and then a penalty shootout was unreal."