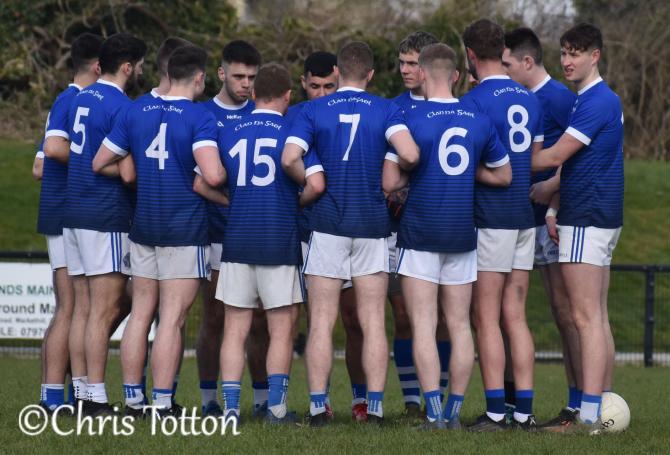 The Armagh club season gets underway on Sunday as a backdrop to the news that three county players will all face one match bans following the brawl at the end of the recent league clash with Donegal in Letterkenny.
Fans will be now waiting on news as to whether or not the Armagh board will appeal the suspensions given to namely Stefan Campbell, Aidan Nugent the sides joint captain, and Ciaran Mackin.
Nugent who hit 1-06 last time out, was in sparkling form and the county's supporters wouldn't need reminding about the match winning talents of Clans man Stefan Campbell.
Club managers, however, will be keen to neutralise the news with the leagues getting underway next Sunday.
Although all of the divisions are almost impossible to predict, Intermediate A looks particularly enthralling considering the managerial talent on offer.
Grange championship winning manager Peter Nugent is back with the Tones. The 'Cash man will travel to Lurgan on Sunday to face St Peter's who are currently managed by former schools treble winning coach David Wilson.
Add to the mix the experience of current St Paul's boss Shane McConville, who encouraged Maghery to their first senior championship, and the die is cast for some titanic battles on the touchline.
County champions Clann Eireann and Maghery start their campaign with games against Madden and Harps respectively, with the Lake Street outfit welcoming Crossmaglen the following week.
In Senior B, which is also enthralling, both Clan Na Gael (picture by Chris Totton) and Sarsfield's are at home. The hoops play Silverbridge and the blues face Mullaghbawn at Davitt Park.
Eire Og, fresh from a Feile celebration, travel to Mullabrack and St Paul's will delay the start of the new season until the following Sunday when they tackle Whitecross.
From a local perspective the big game is between the whites and the Tones as Armagh fans look to the championship with a lot of trepidation for the moment.