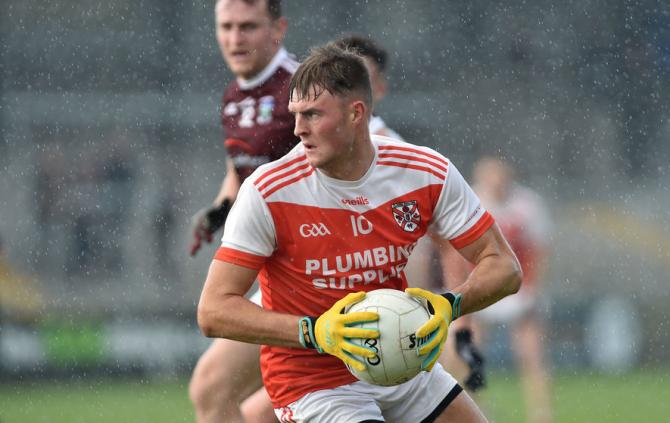 Despite missing their county players, Clann Eireann showed their versatility and strength in depth on the opening day of the season.

They welcomed back Johnny Tarode, Rioghan Meehan, who had both been out injured, and Deckie Leathem, who provisionally stepped down at the end of last season, in Sunday’s bloodless win over Madden on a score line of 3-13 to 0-07.

The win was gained without Ruairi McDonald and influential skipper Shay Heffron.

Essentially, they have opened their Armagh league account missing just Conor Bell, who retired last season following the Gerry Fegan Cup win, and Ryan Owens who is still out.

Goals from Dan McCarthy, Aoidhan McConville and last season's player of the year, Conor McConville, set the Lurgan side up for a comfortable victory.

The county champions will play Crossmaglen at home next week in their second round game. Although both sides will be missing players there will be enough quality in the squads to make a judgement on their strength in depth.