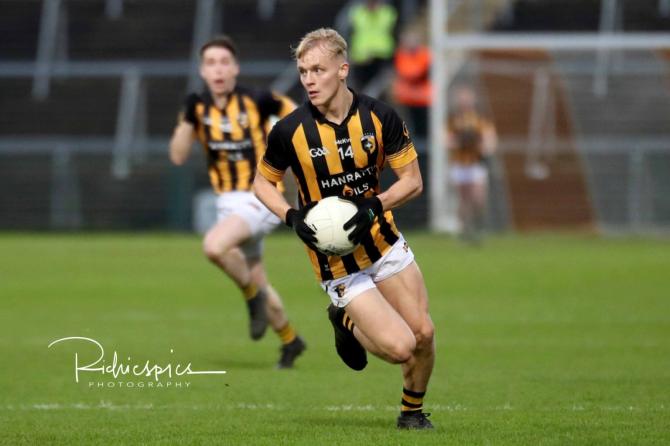 Club fans will have to adopt a wait and see policy for this weekend's games, as Armagh boss Kieran McGeeney counts the ongoing cost of the brawl in Letterkenny which has so far cost championship appearances for four players.

With Crossmaglen Rangers visiting Lurgan on Sunday, will the Armagh boss permit squad players like Cian McConville (pictured), who was brought into the action last time out, to feature for their clubs?

With the debate being held that McConville's team mate Oisin O'Neill also needs game time, is the Ballybofey clash with Declan Bonner's side too close to risk any further absentees?

With little news filtering out, Armagh will no doubt be keen to bring the disciplinary process to a positive conclusion. It has, however, ironically ended in Rian O'Neill's possible omission from the Ulster opener.

Irrespective of the missing county players which will include Conor Turbitt and Tiernan Kelly, Sunday's clash in Lurgan between Clann Eireann and Crossmaglen will have enough players in both line outs to provide top quality action.

Both sides got off to winning starts last Sunday and although long term absentee Ryan Owens could be out until the summer, the fact that Johnny Tarode, Rioghan Mehan and Decklan Leatham are all back in the fold is a huge boost for the county champions who will be keen to build on the season's opener, yet run the rule over as many newcomers as possible. Team skipper Shay Heffron played no part in the win over Madden.

With a big crowd expected at the Lake Street venue, the game should be close, the home side should get over the line by a narrow margin.