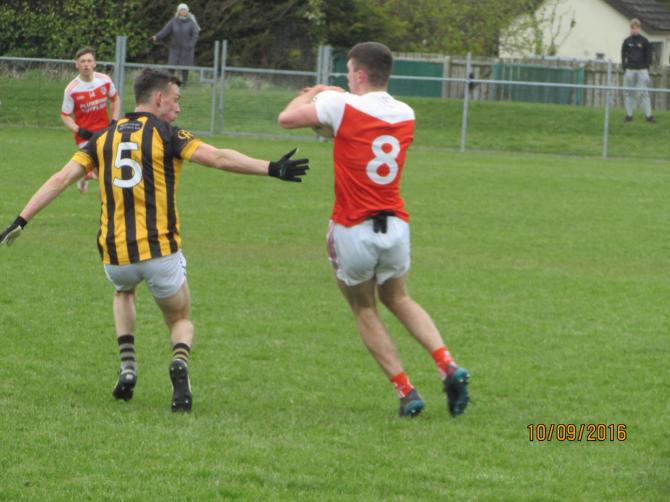 An injury time goal from Jack Conlon wasn't enough to make a telling impact on today's Senior A game in Lurgan where Crossmaglen deserved their three-point win over Clann Eireann.

With both sides missing several county-tied players and some out through injury, it was Rangers who started best, capitalising on some defensive errors from the home side who struggled to gain a foothold throughout.

Aaron Kernan and Paul Hughes both started for the winners with Hughes in particular impressing.

For the Lurgan outfit, Sean McCarthy was a standout player, Jack Conlon had a decent afternoon and registered 1-02 of his side's total while Aodhan McConville hit a brace and Rogan McVeigh struck a nice effort before the end after coming off the bench.

The best strike of the day came on the three quarter mark when Declan Mallon did his own spade work before crashing over a sublime strike from the left touchline.

With Ryan Henderson sitting deep, Rangers worked the ball through the hands, a tactic which paid dividends.

Clann could have found the net on a number of occasions, notably on 20 minutes with Rioghan Meehan overstretched when bearing down on goals, and an Aodhan McConville effort being flicked for a 45.

Sean McCarthy was unlucky with a good effort near the end which was parried to safety.

With both sides emptying the bench, a lot of events will have unfolded before championship time. Conor McConville's form continues to improve and today's outing for both sides was all about the squad players, many of whom did well.