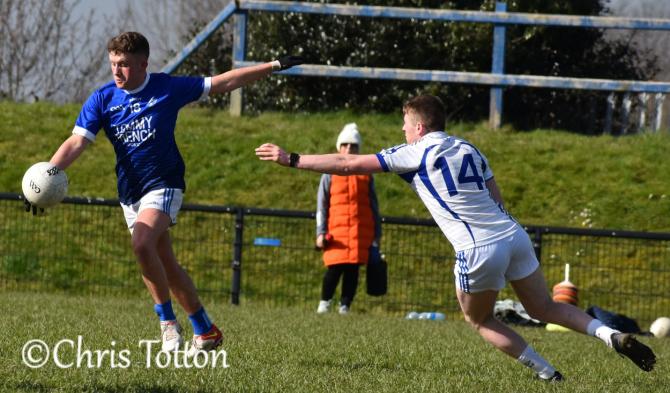 Before Armagh face Donegal in Sunday’s crunch Ulster championship tie, a full round of club fixtures have been pencilled in for Friday night.

There is no secret in the fact that Clan Na Gael's huge win over Pearse Ogs has brought the year-on-year curiosity about the blues back in focus.

With goals from Mel Patterson, Niall McCann and Michael Toland the Clans, who were without Stefan Campbell, swept the Armagh city outfit aside. They look to be the team to beat in Senior B this season. The Lurgan side will face St Patrick’s at Davitt Park which brings the first action since the Easter break.

Last season’s championship winners, Clann Eireann, have a difficult task away to Granemore, and Ruairi Lavery's side would be keen to get back to winning ways following a defeat to Crossmaglen.

Maghery, who like several other clubs are without their county men, just managed five points last time out and they will be looking to pick up both points against Dromintee.

In Division 2B, Sarsfield's who had a victory first time out against Silverbridge, will be hoping to pick up another two points at home to Mullaghbawn.

Meanwhile in 2A Wolfe Tones play Shane O’Neills and St Paul’s host Annaghmore. St Peter’s have a difficult looking fixture away to Tullysaran and in the Junior section Eire Og travel to Poyntzpass.