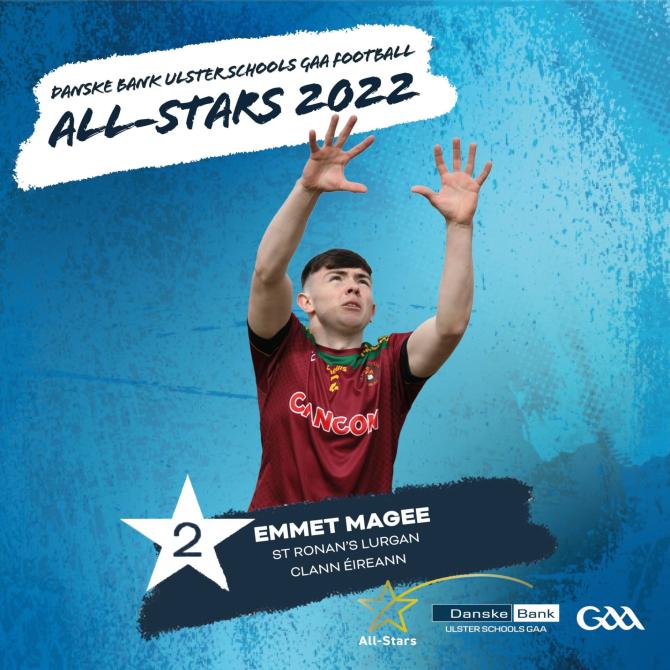 Armagh minors manager Brendan Hughes has praised young Clann Eireann player Emmett Magee, who recently was awarded a colleges All Star for his performances for St Ronan's in Lurgan.

Pearse Og's clubman Hughes, who is preparing his side for this weekend’s Ulster championship clash with Derry, is currently doubling as senior team manager at the Sarsfield's club.

He said, "Emmett is totally deserving of the All Star award.

“He is a leader in every sense of the word, both with his actions on and off the pitch.”

The young Clann Eireann man has a bright future according to the Armagh minors boss.

“I had Emmett as captain with the county minors last season. He is very reassuring to the players around him and no doubt he will soon be making a breakthrough to the senior ranks at Clann Eireann.”

“Michael was with Armagh when I was there a few years ago, and we got off to a winning start.

“I didn't have to change very much when I took the side to be honest so we are all looking forward to the new season."