Clann Eireann player Young out of Armagh side 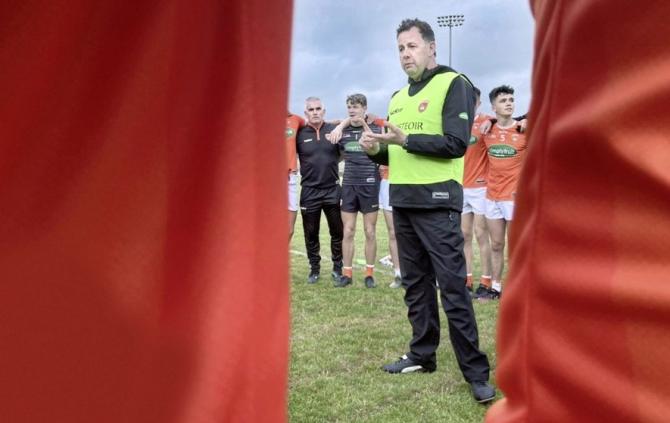 Armagh Minors manager Brendan Hughes has confirmed that a hand injury picked up at training has ruled Clann Eireann player Daire Young out of the squad to face Monaghan at the Athletic Grounds on Friday night.

The Lurgan player had been part of a strong representation of north Armagh players, who will hope to get the county back to winning ways in the qualifiers following a heavy defeat to Derry in the opening round.

The Clann Eireann club had representation in the form of Cohen Henderson, Liam Caroll and Tiernan McDonald.

Looking forward to the game with Monaghan, team boss Brendan Hughes said, "The game on Friday night is a knock out so it's all to play for.

"We were disappointed with the performance against Derry last time out, but Monaghan will also be a difficult challenge for us.

"If we can learn from the defeat then we can gain some momentum."