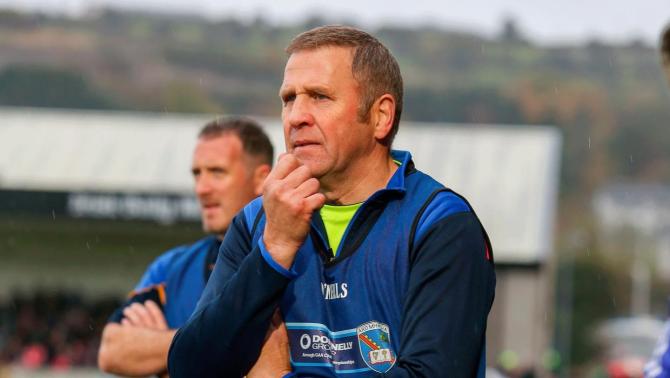 Shane McConville (pictured), who brought Maghery to their first Senior Championship title and who is now back at his St Paul's club, will cross swords to the "young pretender" Peter Nugent, who despite his relative youth is back with the Tones having steered Grange to an Intermediate title.

With the leagues at their mid-season turning points the finishing line will soon be in sight, both of the competing sides are just above the drop zone, with neither affording the luxury of a defeat, certainly not by their derby opponents.

The Saints served up one of the best spectacles so far this season, landing a late share of the spoils with St Peter's recently, but the Cash side will be no pushovers on a surface which, on a good night, begs for a fascinating contest.

A big crowd is expected to pack the covered stand, while across town county champions Clann Eireann host Madden who are currently one of the best teams in the county.

Elsewhere, Clan Na Gael will be keen to bounce back following last Sunday's defeat to Sarsfields. The blues have a home tie against Silverbridge.