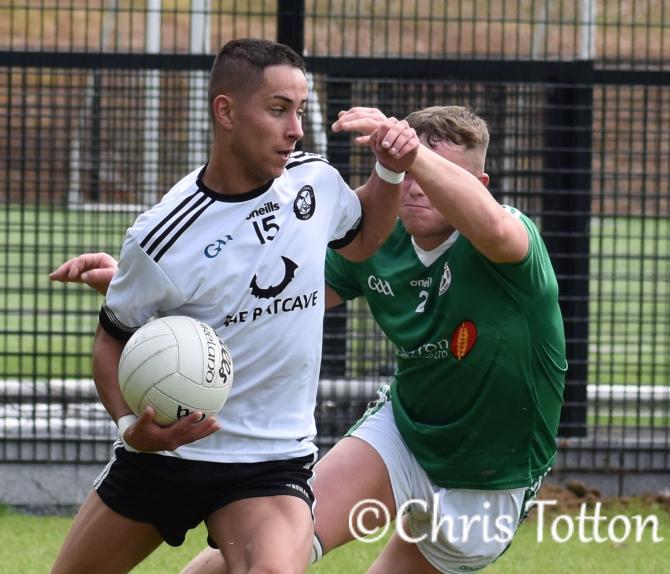 For the first time this season, fans will have the luxury of attending a big north Armagh derby on a night where most teams from the area have no fixture.

At Derrymacash on Friday night the home side, who struggled last time out against a St Paul’s outfit without the services of Ryan Lawless, Andrew Murnin and Anton McParland amongst others, will host a high-flying St Peter’s side who will arrive having lost only once this season and sit on top of the league.

To be fair, the Tones never came out of the traps against St Paul’s and had their superb keeper Calum Duffin to thank for keeping the scoreline to a manageable eight points. As part of his heroics the ‘Cash parried a well placed Niall McParland spot kick.

If Johnny McCarron has served his suspension and Ryan McQuillan starts, the Tones could produce a better performance against the Whites, who are ticking along nicely.

A defeat for Peter Nugent's side, however, would commit the Tones to a relegation dogfight with possibly Annaghmore.

Once again the side-line tactics should be interesting where David Wilson and Peter Nugent go head-to-head.

Some of St Peter’s younger players have been making the headlines this year. James Moore, Eugene Doran, and Oisin Ginessi (picture by Chris Totton), have supplemented the experience of Niall Creaney, who has been in top form along with Aaron Findon and the ultra-consistent Niall McConville.

With the league fixtures now reversed, a win for the Whites could signal a promotion push. The Tones, however, can't afford any more slip ups.