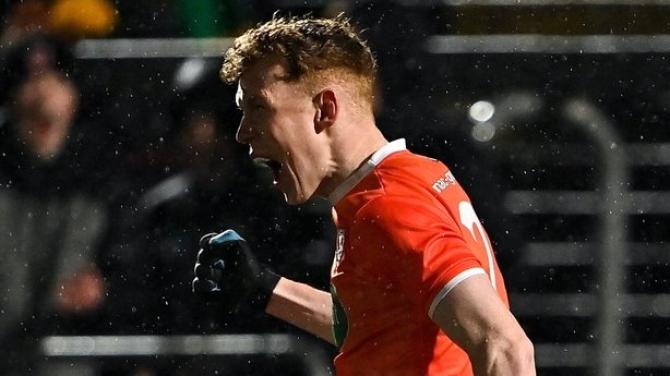 Lurgan men Conor Turbitt (pictured) and Andrew Murnin will start on the bench tomorrow in Clones against Donegal, despite the fact that both made telling impacts in the second half in Armagh's win last week over Tyrone.

Team boss Kieran McGeeney has settled for a full forward line of Nugent, O'Neill and Duffy in front of a three-quarter line of Grugan, Campbell and Jamar Hall.

Maghery's Ben Crealey again starts in midfield alongside Stephen Sheridan while Aidan Forker will again be handed the number 3 jersey in front of the impressive Ethan Rafferty who is expected to operate at both ends of the pitch.

In the modern era marauding runs from keepers are mostly allowed by opponents who hope to encourage them to move long distances in the hope that possession is lost. However, after Armagh keeper Rafferty cracked over two great points last time out, it is expected that Donegal will press the Grange man a lot closer to his own goal line.

The game is expected to be a close-run affair at the neutral ground.