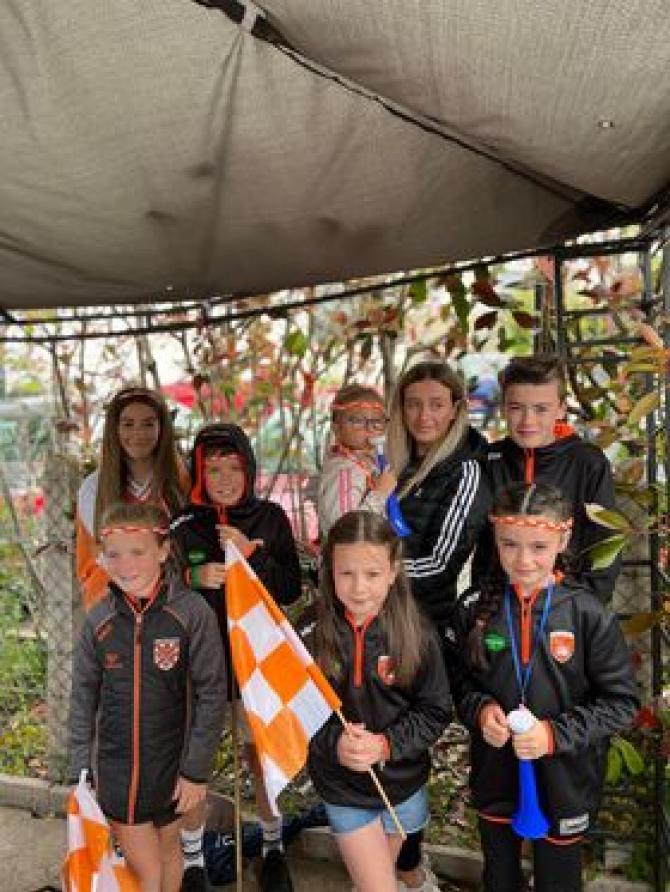 Armagh produced their best display under Kieran McGeeney when they routed Donegal in Clones today to reach the All-Ireland quarter-final.

In doing so they sounded a warning that they will be a force to be reckoned with, irrespective of which pairings are pulled out of the hat.

Rory Grugan hit a stunning goal for the Orchard side with just 10 seconds on the clock.

The winners' best was still to come however when Declan Bonner's side went five in front in the second quarter. However, a brilliantly taken spot kick was despatched by the superb Rian O'Neill, who picked up the man of the match award, and was the telling score of a contest which saw the winners put two great victories back to back.

With the fans now preparing for Croke Park in two weeks, it is somewhat ironic that with the missing talents of Niall Grimley, the Mackins, Conor and Ciaran and in particular Tiernan Kelly, the side had enough strength on the bench to produce their best display for many years.

The midfielders, Ben Crealey and Stephen Sheridan, were maybe seen as second choices earlier in the season, but they have growing reputations. Sheridan's skilful finish for his side's third and clinching goal bore witness to Armagh's total domination in the second half which shocked many neutrals and left Bonner's side in tatters.

Once again Aidan Forker was sublime for his county, having previously had to do marking jobs on the game's best strikers. On this occasion he held Michael Murphy to a single point from play.

The outing was without doubt Jarly Og Burns' best in an orange jersey, with Campbell linking up well with O'Neill who hit 1-07.

Armagh's penalty before the break, seemed to damage Donegal's aspirations. They lost keeper Patton to a sin bin black card, with stand in McGonagle having no chance from the spot kick.

With Croke Park suiting the pace of Conor Turbitt, the Clann Eireann man stated his case for quarter-final selection with two late scores.

McKay, McCabe and Burns at half back were the game's best line, thwarting Thompson, Langan and Mongan throughout and bringing credence to the win.

Armagh can now be taken seriously in the search for All Ireland honours. With the bookies offering evens your pick, not even the most ardent Orchard fan would have predicted the margin of victory.

Now in the "Super 8's" and Croke Park bound, they can at last throw off the provincial shackles. It could be quite a summer.