Armagh to face Galway in quarter-finals 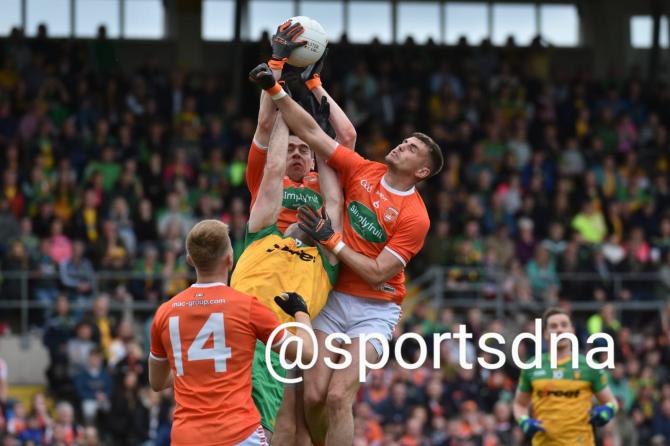 Armagh will play Galway in the quarter-finals of the All-Ireland senior football championships.

The draw was made this morning on RTE, with the winners facing the victors in the tie between Derry and Clare.

They reached the quarter-finals on Sunday after a resounding 3-17 to 0-16 win over Donegal in Clones.

Rory Grugan, Stephen Sheridan and man-of-the-match Rian O’Neill all found the net during the demolition.

Kieran McGeeney's side would have a fighting chance of reaching the semi-final and could start favourites for the first time this year in championship football.

Exact dates and kick-off times for the tie are yet to be confirmed by the GAA, although the quarter finals will be played over the weekend of June 25-26 at Croke Park. It's expected further details will be announced this afternoon.

It is understood that Translink are looking at the prospect of running a special train to Dublin on the day (more details to follow).

Keep an eye on Your Lurgan for further reaction.