Armagh fans set to swell Croke Park as over 60,000 tickets are sold 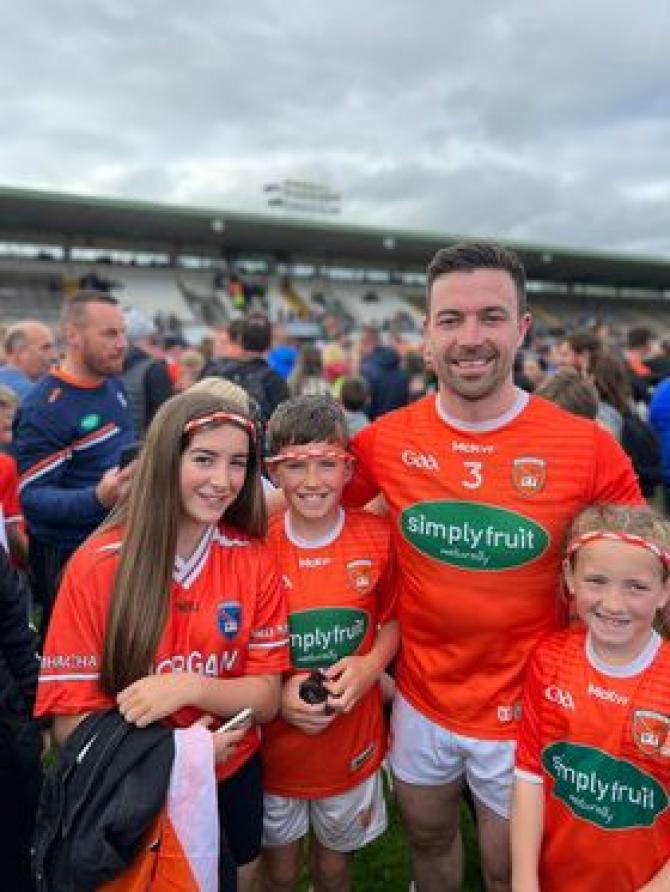 The GAA are experiencing unprecedented demand for tickets for the forthcoming All-Ireland senior football and hurling quarter-finals.

With fans across all sports delighted to feel a bit of reality following the Covid epidemic, Orchard fans are expected to be the biggest group attending the quarter finals in Croke Park.

Pictured in Clones with Aidan Forker, supporters like Sophia McClure, and Ava and Ethan Woods, who were experiencing the venue for the first time, will be hoping to see their side progress to the semi-final.

The public sale of 17,000 tickets for Saturday’s Cork-Galway and Clare-Wexford hurling games in FBD Semple Stadium has sold out with little or no tickets from the four counties’ allocations expected to be returned. The Thurles venue has a capacity of slightly below 46,000.

While the GAA’s website was inundated earlier on Tuesday when tickets went on sale for Saturday and Sunday week’s All-Ireland SFC last-eight games. Almost 60,000 tickets have already been sold with the Sunday double-header of Galway v Armagh and Kerry v Mayo proving the bigger draw so far. All tickets for the football matches are available publicly.

“We never had the volume of public sales that we had today between 12pm and 2pm when we sold 50,000 tickets,” said GAA director of communications Alan Milton.

“I think that underpins why we are staging these games in Croke Park. Otherwise, people would have been scrambling had other venues been chosen.

"It’s interesting because it sort of debunks fears that people wouldn’t attend in large numbers because of Covid. If the games are attractive enough and people feel their teams have a good chance to win, they will support them.”

The figures don’t include season ticket allocations with Kerry and Mayo’s combined total is more than 5,000. Dublin’s season ticket total is also significant.

Tickets for all of the quarter-final double-headers are priced at €40 for a stand ticket, €35 for students and old age pensions, €30 terrace and €5 for students (in Croke Park’s Davin Stand for the football games). They can be purchased from www.gaa.ie/tickets/ or participating Centra and Super Valu stores.

Armagh fans will be making their way to Dublin are still awaiting on news about possibility of Translink adding more carriages to the football specials heading to Dublin on Saturday week. the first allocation was snapped up in just over 15 minutes.