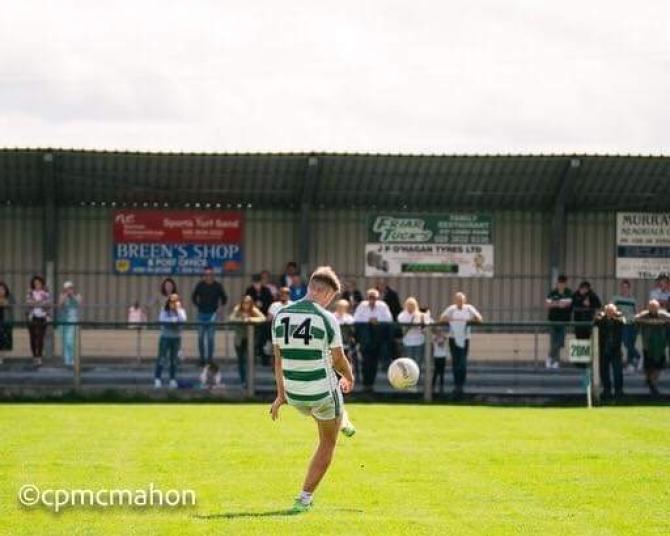 Sarsfield's beat Carriccruppin at Father Dan McGeown Park for the second time in a week.

Team boss Brendan Hughes removed Paul McGaughey, Kevin McAlinden and Rioghan Crawford, an emerging talent who hit two of the goals before the end, with Colin Stevenson and Michael Stevenson being brought on the illustrate the strength of their bench.

Tommy McAlinden was sharp for the winners, hitting the net in the first period with the second strike coming from the most consistent player on the park, Niall Kerr.

There will be no rest for the Trasna side, however, with the visit of Cullyhanna on Sunday completing their third game in six days, in a back log.

Although Cruppin hit 17 points they missed a bagful in the opening period. They were better in the second half, but the hoops were always dangerous on the break, with Eamon McGeown roaming between defence and attack.

Sarsfield's charge up the table could essentially bring a promotion challenge.