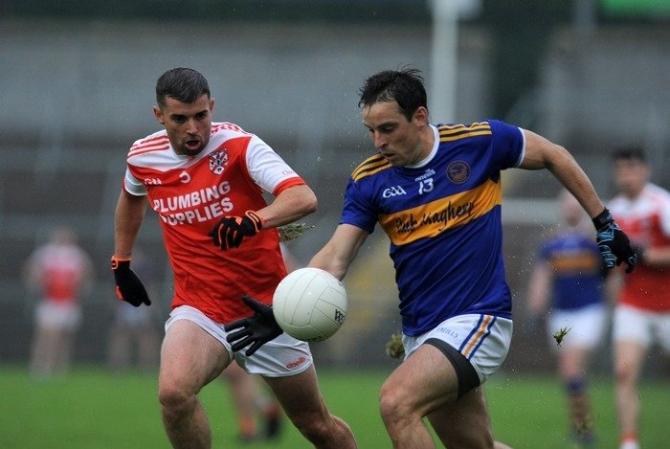 The big game of the weekend at club level will be the clash of Maghery and Clann Eireann on Friday night.

With both sides expected to have their county players back on board, the game on the Lough Shore could go a long way to indicating which clubs will face the drop from the top flight.

Both teams have had to struggle without the players who almost brought Armagh to an All-Ireland semi-final, but it is likely that the Lurgan side will still be missing more regulars through injury than Maghery.

It has almost become a novelty for fans to see their county players line out for their clubs. Conor Turbitt and Barry McCambridge could start for the visitors and although Tiernan Kelly is still missing, the home side can welcome back Aidan Forker, Ciaran Higgins and Ben Crealey who also impressed in recent games. A big crowd id expected for this one.

The big local derby will see St Paul’s and Wolfe Tones clash. The Saints has a comfortable win earlier in the season and with Andrew Murnin back on board they might expect the visitors to keep improving.

St Peter’s have a huge test against the strengthened Shane O’Neill's, Clan Na Gael will need to be at their best against Ballymacnab with Sarsfields expected to get both points against Pearse Ogs.

League leaders Tir Na Nog will play Forkhill who have Stephen Sheridan and Jamar Hall back,and Eire Og can push on if they beat Derrynoose.