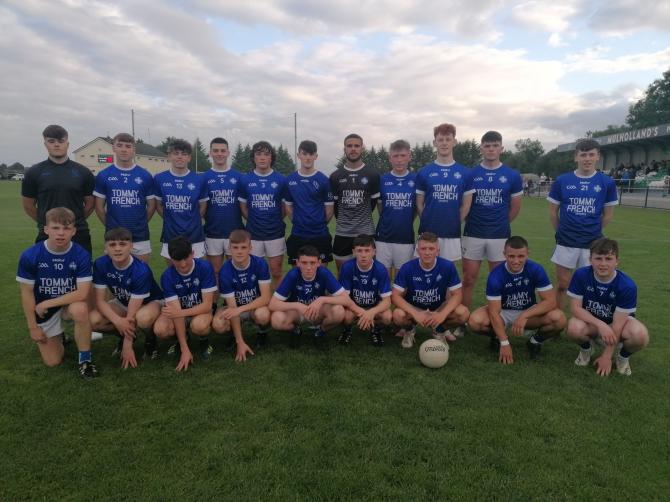 All of the teams who competed in the round robin series of games in the Wolfe Tones under 19 tournament over the last fortnight will have players back from holiday for Saturday’s cup and shield finals.

The Michael Tighe cup will see Clan Na Gael (pictured) and Clann Eireann clash, with St Peter’s and the Tones going head to head in the shield.

Last night the Clans had a comfortable win over St Peter’s, but Clann Eireann had to pull out all the stops to see off the Derrymacash men.

Another big crowd is expected on Saturday evening for the climax of a competition which has been an unqualified success.