Big games in under 19s leagues 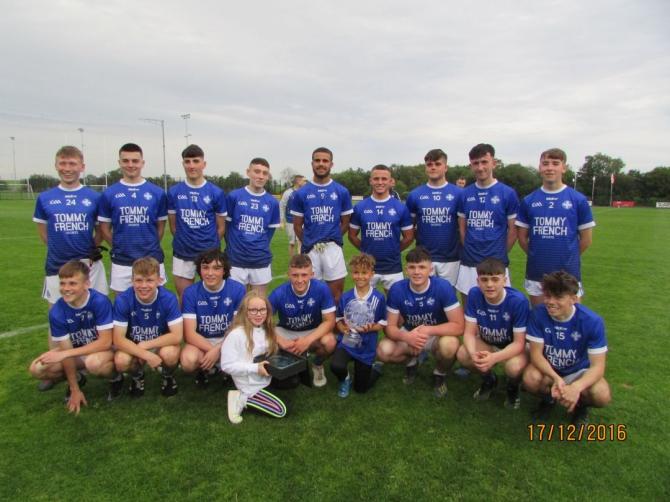 One of the big games taking place this week in the Armagh Under 19 league is the clash at Davitt Park on Wednesday night 7.30pm between Clan Na Gael and Crossmaglen, two of the sides who would be expected to be at the cutting edge of the championship this season.

With the July holidays at an end, both sides are expected to field stronger lineouts than in previous weeks, although the Clans (pictured) did manage to win the recent Wolfe Tones tournament at under 17 level featuring several players from the 19s.

Also on Wednesday, Clann Eireann have been pencilled in to play Armagh Harps, but confirmation on this fixture would be required.

Sarsfield's are at home to Ballymacnab who also make the trip to Trasna for a senior league on Friday.

Wolfe Tones are away to Setanta, St Peter's welcome Pearse Og's to Free Crow. A number of sides have amalgamated for the competition.

The Clans v Cross game will be the standout fixture, and it will no doubt throw some light on potential championship winners.