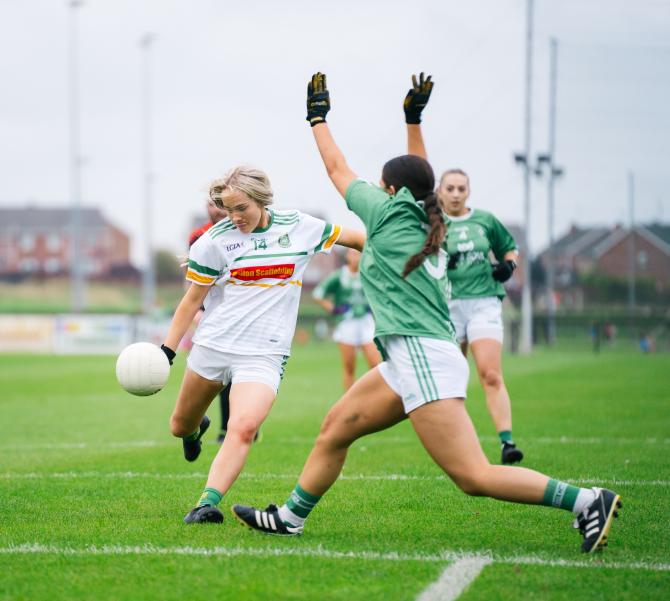 St Paul's in action against the Tones.

St Paul's ladies have finished on top of the Armagh All County league division 4, which has landed the Lurgan club the title.

With the championship season just around the corner, it appears that there is some confusion as to whether or not the Taghnevan girls have dropped any points this season, despite the fact that the league table shows a draw and eight victories.

The team are making great progress, as are the Wolfe Tones club who sit mid-table following a short history in the game.

In the second flight Dromintee are out in front with Ballyhegan in second followed by Clan Na Gael.

Division 3 finds north Armagh sides in the top five positions. Out in front are Tir Na Nog, followed by Eire Og in second place, then Clonmore, Eire Og and Sarsfield's.