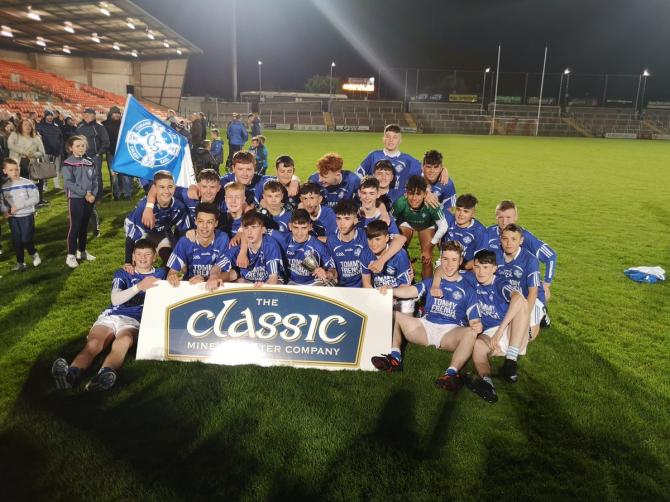 This season's Armagh Underage Championship season will finish in most cases with double headers at the Athletic Grounds in September.

In the under 17 series, both Clan Na Gael and Clann Eireann have been kept apart here are the various sections. Clan Na Gael pictured winning the Feile.

U17s Div 2 Championship: Costellos (Wolfe Tones & St Pauls) play Loughgilly Gaels in the preliminary round on Monday, August 22. The winners play St Peter’s at home on August 29 in the quarter-final.

U17 Div 3 Championship: Eire Óg away to Newtown Emmets and Sarsfields away to An Port Mór in the quarter-final on August 29. If both local teams win then it will be Eire Óg v Sarsfields in the semi-final.