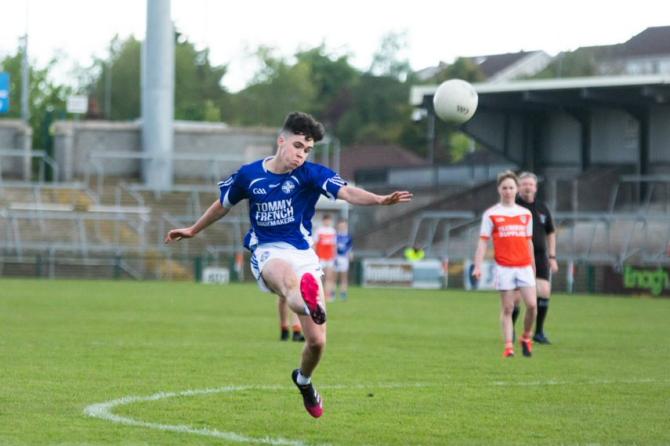 The fixtures have been pulled together for this year’s Armagh U15 championship.

In the U15s Division One preliminary round, to be played on Thursday, August 11, St Pat’s Cullyhanna will take on defending champions Clann Eireann.

Should Clann Eireann win they will play Crossmaglen in the quarter-final on Thursday, August 18. Meanwhile, St Peter’s are away to Dromintee at U15 Div 1 Championship level on August 18.

In U15s Div 2 Championship it’s Eire Óg v Mullabawn and Clan Na Gael v Naomh Colum (Maghery & Grange). Home advantage goes to the first team drawn and games due to played on Thursday, August 18/
And in Division Three of the Championship some preliminary games are due to start on August 4. Wolfe Tones host Ballyhegan, Sarsfields take on Ballymacnab while An Port Mòr will have a home tie with St Paul’s.

If Wolfe Tones and St Paul’s win they will face play each other in the quarter-finals, and should Sarsfields win they are then away to the winners of Newtown v Forkhill.