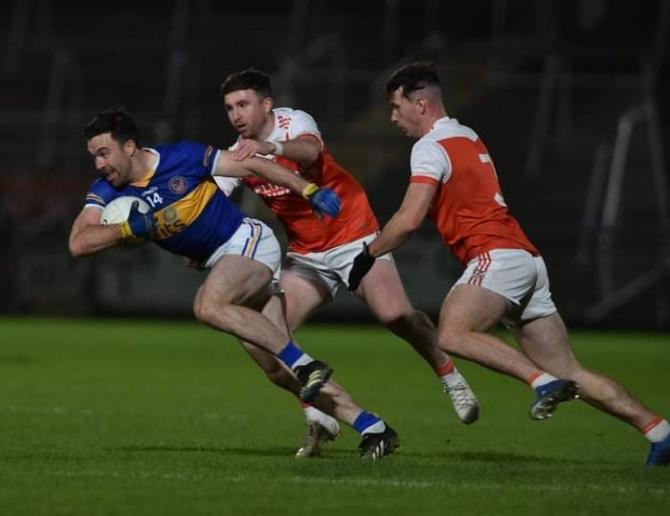 Former Armagh Championship winners Maghery, who beat Crossmaglen twice in five days, are, as it stands, relegated to Armagh Senior League section B.

That's due to the fact that Granemore secured a one-point win in their final league game on Friday.

However, things are not quite so simple. Should the Lough Shore side win the Gerry Fagan Cup they will remain in the top flight in 2023.

Maghery will give little credence to their league status in the lead up to the championship, considering Tommy Coleman's side (pictured against Maghery) won the title last season from the second flight.

Meanwhile, Armagh Harps at the top have been crowned league winners, after beating Killeavy at the weekend.

In Division 1 B, Clan Na Gael still have their fate in their own hands and wins in all their remaining games would see the Lurgan side go up along with champions Ballymacnab.

On Friday night Sarsfield's secured another high scoring draw against Grange, this time an level terms at 1-16 to 3-10 finish. The sides scored four goals apiece when they met in Trasna.

Despite finishing the league strongly which included a recent win over Pearse Og's, the High Moss will miss out on promotion, mostly based on their recent defeat to Clan an Gael.