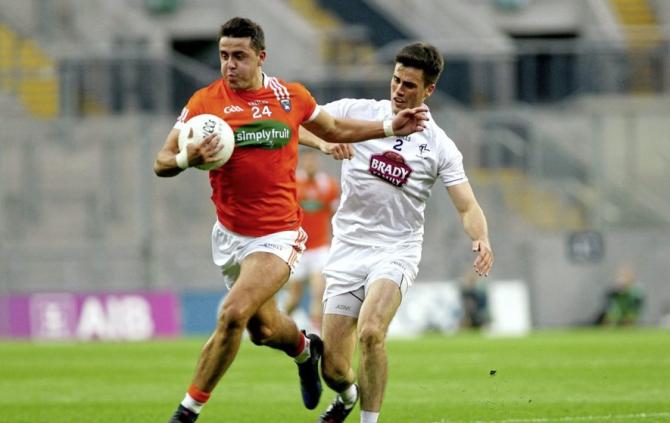 Clan na Gael's emerging star Mattie Lennon struck two crucial goals against St Patrick's Cullyhanna as the Lurgan side clung on to their aspirations of promotion to the top flight of Armagh football.

The Blues were entering the lions den with the Cullyhanna visit, facing a side who badly needed the points for survival.

But in possibly their best showing of the season the Clans stretched a lead, then found themselves being pegged back before running out somewhat comfortable winners in the end.

As things stand the Francis Street side will have to beat Silverbridge away on Wednesday night and also overcome Carrickcruppin on the last day of the league season.

Showing their most consistency of the current campaign both Stefan Campbell (pictured) and Shane McParland were outstanding.

Promotion to the Armagh Senior League A would be seen as a natural progression for Clan na Gael as they attempt to win the championship.