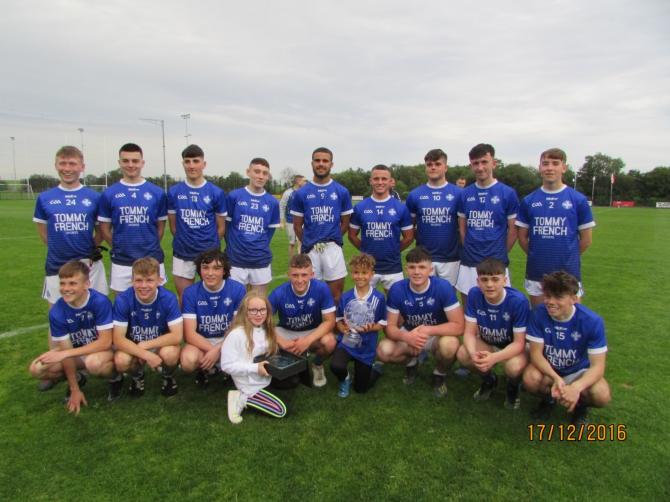 With all of the Armagh leagues mostly wrapped up, the Championship season both at youth and at senior level will take centre stage with a hectic set of fixtures on the way.

It all starts this week when both Clann Eireann and Eire Og travel to compete in the under 15 championship semi-finals.

The respective teams will compete on Thursday night when Clann Eireann will travel to Clady to face a strong Dromintee outfit and Eire Og, who beat Mullaghbawn recently in the quarter final, will play Killeavy in Lisummon.

The junior championship will get going this week followed by a full list of intermediate games and then senior sides will spring into action.

Next Monday, the under 17 championship gets underway. Clan Na Gael (pictured) will play Carrickcruppin, while Patrick Rankins face Clann Eireann, who recently won the league. An Port Mor will host Sarsfields and Newtown Emmett's will play Eire Og.