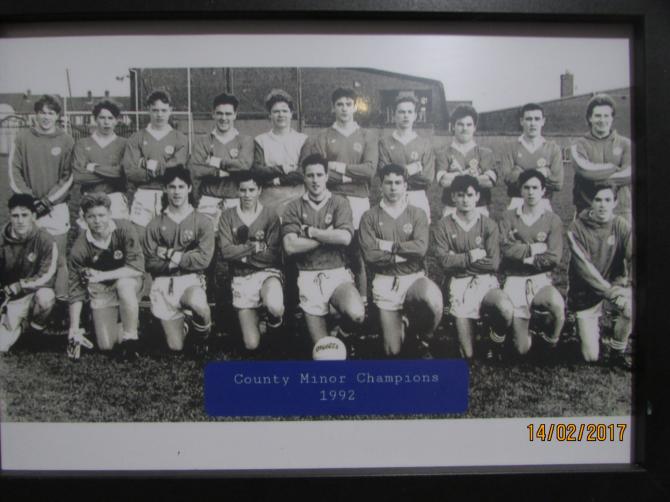 Clan Na Gael minor side will attempt to bridge a 30-year gap when they face old foes Crossmaglen Rangers next Monday night in the championship final in Armagh.

Pictured is the Blues' side from 1992 team which includes Kevin O'Hagan, Diarmuid Marsden, Barry O'Hagan, Colin Treanor and Philip Oldham.

The Clans then went on to win two senior titles in a row before Mullaghbawn and eventually Crossmaglen took centre stage.

With ongoing coaching work now reaping rewards, the Blues - following an emphatic win over Killeavy in the semi-final - will know that the final will be hotly contested.

Keep an eye out for more on the final on Your Lurgan.