The day the Clans visited a brave little man 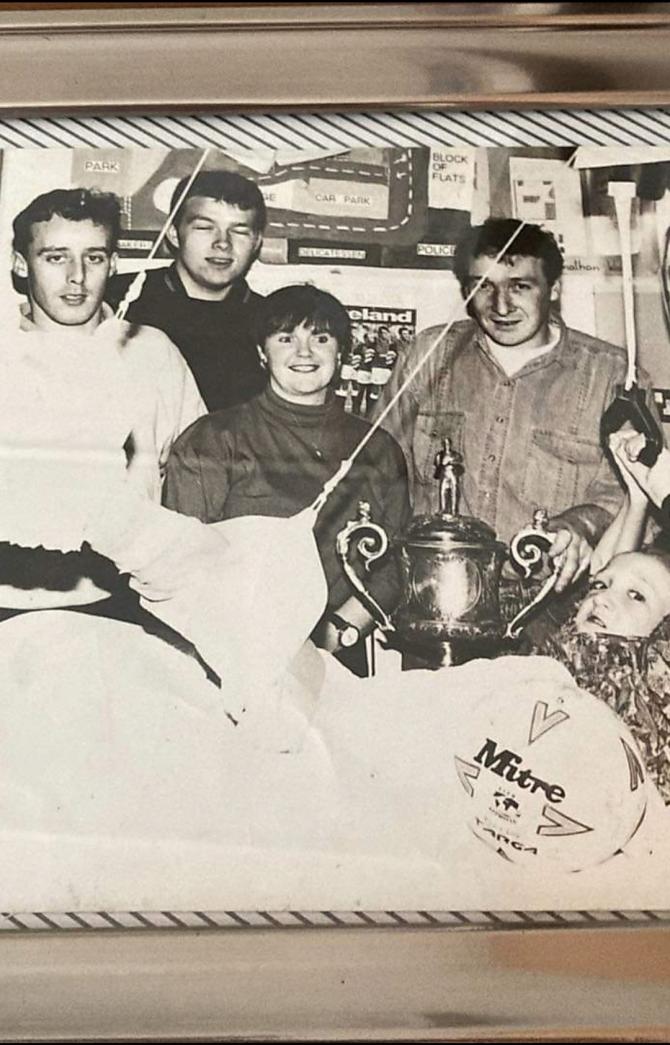 One of the county's most well-known personalities, who spent over six months at the Royal Victoria Hospital back in 1992, received the highest of honours from then then Armagh champions Clan na Gael.

Ciaran McGeown spent a lot of time in recovery following an accident but the young Lurgan man, who at the time was a Blues fanatic, received a very special visit from Chris Lennon and James French from the Francis Street club.

Young Ciaran, who has ben spotted at Eire Og in most recent times, also doubles as a very vigilant steward at the Athletic Grounds during the club season.

Pictured here with his mum and dad Jim and Karen, the Pinebank lad made a good recovery and even found fame as a local DJ.

With Clan na Gael back in the spotlight at both senior and minor level, maybe his 'second' love Eire Og will allow him some time off to keep an eye on the 'story of the Blues'.

Ciaran the local legend, an inspiration to all.

Send us your pictures - do you have any old memories ?