Gaelic For Mothers and Others draws crowds 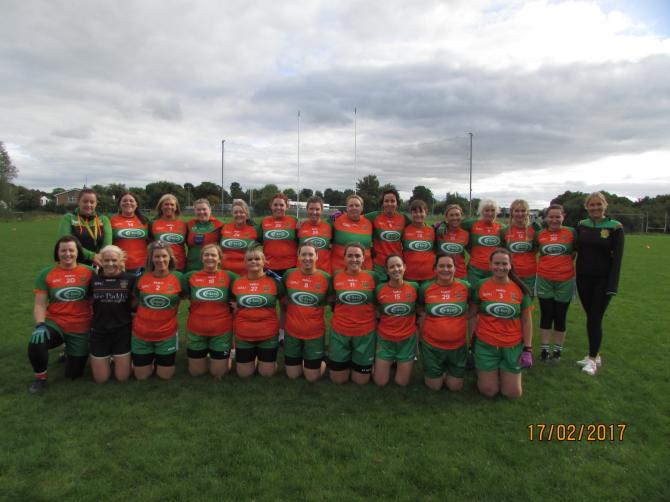 Saturday's Eire Og-hosted Gaelic for Mothers and Others brought a huge crowd to the Pinebank venue where teams from across the Provence took part.

Burt from Donegal travelled for the event, as did Breda from County Down. Also included were Sarsfields, host club Eire Og (pictured), St Peter's, Clann Eireann and St Michael's Magheralin, who lined out girls who hadn't played in competitive action for their clubs in the past.

Organiser Caroline Henry said, "This event has been a huge success. All of the girls, many of whom hadn't played for their clubs in the past, have now formed new friendships and are just enjoying everything about playing.

"We have also raised money for the charity Downs and Proud."

Although no trophies were handed out on the day the ladies showed a great competitive edge and no small measure of skill.

The idea, which is practised on a wide-scale basis throughout the association, brought a big crowd to Craigavon.

Eire Og chairman Ian O'Hagan commented: "What a turn out from the teams and supporters. The girls who ran with the idea did a fantastic job."