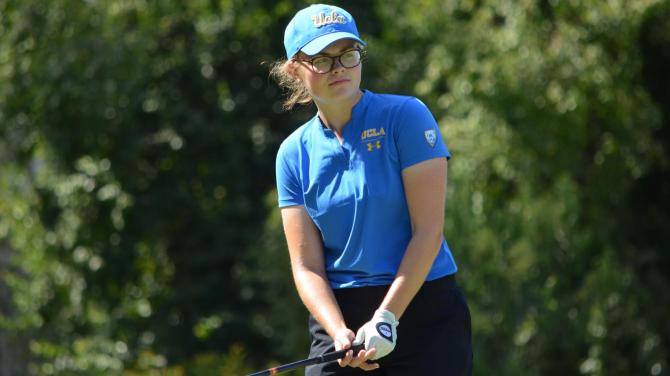 The 20-year-old plays her college golf for UCLA in California and is considered one of the best future talents of ladies’ amateur golf in Ireland.

She has been named in captain Elaine Ratcliffe's eight-strong squad for the event against the USA, which will take place from August 26-28 after some superb displays recently.

In 2019 she won the Irish Close title and recorded top-20 finishes at the World Junior Girls Championship and the European Ladies Amateur Championship.

Speaking ahead of the tournament, team captain Ratcliffe said: “It is a great honour to be chosen to represent Great Britain and Ireland and competing in the Curtis Cup is the pinnacle of the amateur game for these players," said captain Ratcliffe.

“Home matches have been very successful for GB&I in recent times and this year we have selected a highly skilled and talented team which is focused on winning back the trophy on home soil.

"I know that they will enjoy the opportunity to compete together and create memories and friendships that will last a lifetime.”

Lurgan Golf Club wasted no time congratulating Wilson as they said in a social media post: “We are delighted to announce that our very own Annabel Wilson has been selected. Congratulations Annabel!

“Lurgan Golf Club is very proud of you and we wish you the best of luck.”

Europe have won the trophy the last two times it has been played on home soil in 2014 and 2016.