Snakes in a court 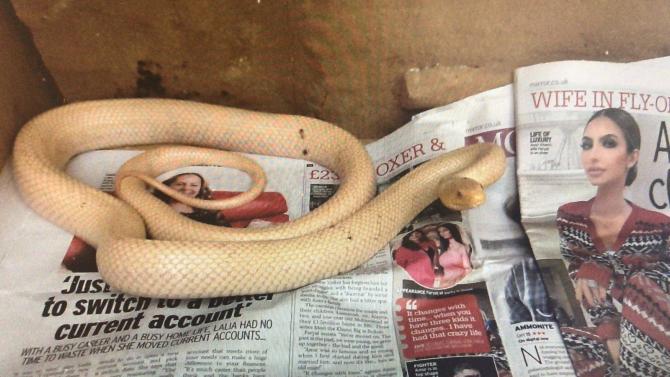 The police are well used to hunting for slippery characters but the case against a runaway defendant of a different nature was mentioned in court today (Wednesday, September 22).

Describing it was a “somewhat unusual application,” a lawyer for the PSNI told Craigavon Magistrates Court she was seeking a disposal order for a runaway corn snake.

Ms. Severina Kelly said the snake has been in police custody since it was scooped on 24 August when it was discovered “sitting on a driveway with no explanation where it has come from,” adding that despite police appeals, no owner has come forward.

She told Deputy District Judge Laura Ievers that with no one coming forward to offer a home for the snake one option, sadly, would be “humane euthanasia.”

Ms. Kelly said that by coincidence, another reptile owner had reported their snake as missing so there are “efforts being made” to substitute one with the other.

Taking its name from corn fields which attract mice and then these mouse predators, the corn snake makes an excellent pet snake. It is generally docile, relatively easy to care for, does not get very large and is a great choice, especially for beginner snake owners.

With DJ Ievers granting the application, Ms Kelly urged anyone who would be able to offer the snake a home to contact “the wildlife department at PSNI HQ.”