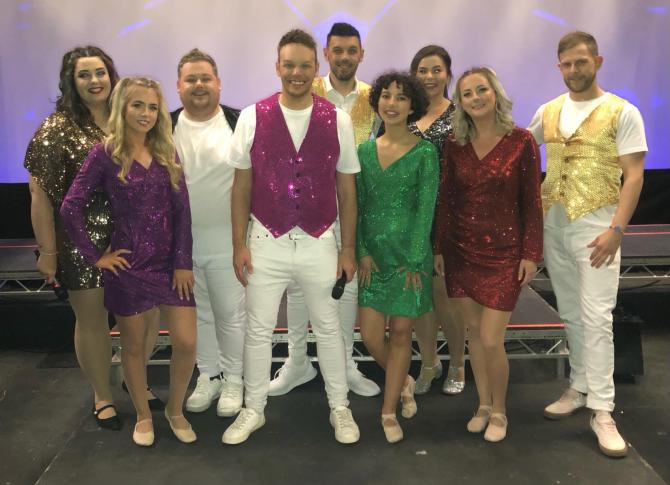 The founder of the Building Bridges Community Arts Theatre in Lurgan has spoken of his pride at being able to offer cross community activities and engagement.

The drama group – which is based at Market Street and managed by a committee of 12 volunteers – was started over six years ago by Simon Hylands who came up with the idea after speaking to natives who had moved to the other side of the world after being involved with paramilitary activity.

Speaking in an exclusive interview with Your Lurgan, Simon explains that the group also reaches out to those who experience social isolation and come from different backgrounds.

“I started the group in 2015 with a handful of friends who wanted to put on a play,” he reflected.

“I'd always wanted to do something in the community to benefit others and have been passionate about drama and performance for years.

“When I visited Australia in 2014, I met a few people from Lurgan who had left because of engagement with paramilitary activity and other anti-social behaviour.

“I didn't realise just how prevalent this was and how easy it was for young people to get caught up in this type of activity, so the Building Bridges Community Arts Theatre was born out of a need to provide cross community work and inclusive engagement with those on the social outskirts in the town.

“Despite being a cross community group, we also work with those who experience social isolation and members of the LGBTQ+ communities, newcomers, ethnic minorities, members with disabilities and those with dependents, amongst others.”

The popularity of the group has seen big crowds watch performances with other events taking place off stage for everyone to enjoy and be a part of.

Furthermore, Simon revealed that they are working together with other groups to complete projects and are seeking funding for an exciting new hub in the town.

“At our last concert in September 2019, we had a whopping 60 people onstage - 20 members and 40 members from our kid's Drama and Youth Theatre and our last annual panto ‘Mother Goose’ was performed to an audience of over 1500 people,” Simon continued.

“We offer a busy annual programme both on and off the stage. In terms of theatre, we annually run a musical, a junior musical, a concert, a play and the annual pantomime. We run drama classes for ages 6-11 and a youth theatre for ages 11-16 on a Monday evening.

“Off the stage there are a variety of training opportunities such as first aid and child protection being the most recent, craft fairs, and fundraisers such as bucket collections and a cycathlon.

“There have also been social events such as open mic nights, an annual quiz, graveyard tours, workshops, an LGBTQ+ drop-in centre, a book club and coffee mornings.

“We're also collaborating with other local groups such as the Knitted Knockers and the Lurgan Heritage Collective for other exciting projects.

“We are also currently getting ready for this year’s panto ‘Rapunzel: The Quarantined Princess’ and can't wait to get back onstage.”

Simon admits the COVID-19 pandemic allowed the group to dip their toes into other avenues but knows their ‘bread and butter’ is by producing shows and productions.

Like all groups, funding and self-funding remain pivotal in order to survive and Simon appreciated the support they received during those unprecedented times.

“Obviously we were unable to be onstage during the pandemic but it opened the door to other opportunities and we had the time to look at other projects and avenues for funding,” he added.

“We can't wait to get back onstage as shows and productions are our bread and butter.

“We were one of the first amateur groups back onstage this year on the first weekend that theatres reopened with a concert and a play on a Friday and Saturday respectively. It felt surreal but the support was brilliant and we really enjoyed being back.

“We rely on both funding and self-funding.

“Funding has been a lifeline this year as our main income is box office sales which were eliminated by COVID. We have received significant support from Comic Relief, the Department for Communities and Making A Difference Locally.

“Other funders have included ABC Council and the Arts Council for Northern Ireland who have both funded generously as well.”

If you are interested in joining, Simon explained everything you need to know.

“Get in touch – we have a very busy Facebook page but we are quite responsive despite being ran voluntarily,” he concluded.

“I would advise everyone to keep an eye out for our activities and particularly our auditions posts if you’d like to get onstage.

“We double up as far as possible with case members, so there’s usually always a part for everyone.”