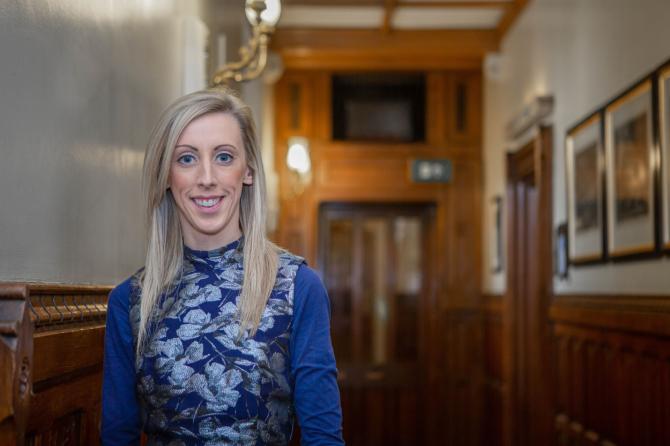 DUP MP, Carla Lockhart, has welcomed the expansion of the Alma Mater Fund into Northern Ireland.

The Alma Mater Fund provides financial grants to pregnant and parenting university students to support them in pursuing their academic and personal goals.

Welcoming the initiative, Carla Lockhart MP said: “This is a fantastic support initiative from SPUC, and I am very pleased that it is now being extended to Northern Ireland. Being pregnant while studying at university can be challenging, and it is vital that the best possible support is made available to both mother and baby.

“Both these lives are precious. And helping both lives fulfil their potential is what should be everyone’s priority.”

Additionally, the Alma Mater Fund coordinator will be available to sign-post students in the direction of further support available to them, either through the university, government support, or other organisations.

The initiative, launched by SPUC, aims to support pregnant and parenting students who due to a lack of support may feel unable to complete their degree and parent a child.

Since its launch in 2019, The Alma Mater Fund has been supporting students exclusively in Scotland. It has now announced its expansion into Northern Ireland.

According to the National Union of Students (NUS) only 11% of student parents report having enough money to cover expenses.

The Alma Mater Fund believes that pregnancy doesn’t have to be the end of an academic journey and with the right support, a woman can achieve the best for herself and her child.

Nicole, a recent Alma Mater grant recipient said: "Contacting the Alma Mater fund gave me such reassurance that becoming a mum whilst studying is possible and nothing to be feared. Their team was so helpful and really clear on the financial help they could provide me, which has been a massive help."

Aparnna, an Alma Mater grant recipient said: “I am extremely happy that the Alma Mater Fund empowers and strengthens a mother not to quit and instead helps her to strive forward and maintain a steady balance between motherhood and student life!"

Margaret Akers, Alma Mater Fund Facilitator: “We are so pleased to be announcing the expansion of the Alma Mater Fund into Northern Ireland. Ever since we launched in Scotland, we have had the goal of expanding to the whole of the UK, and we’re pleased to see this progress after just two short years.

“The abortion law is changing in Northern Ireland. Unfortunately, it is often the case that as abortion access increases, support for women who chose to continue their pregnancies begins to decrease. That is why we see it as such a pivotal time to step in and provide support where we can.

“We find the simple act of alleviating the financial pressures pregnant students face can help them have a whole new perspective. We want to empower these students and let them know it is possible to finish their degrees and have their children.

“We have had the great privilege of walking on this journey with pregnant and parenting students in Scotland, and we look forward to doing the same in Northern Ireland.”