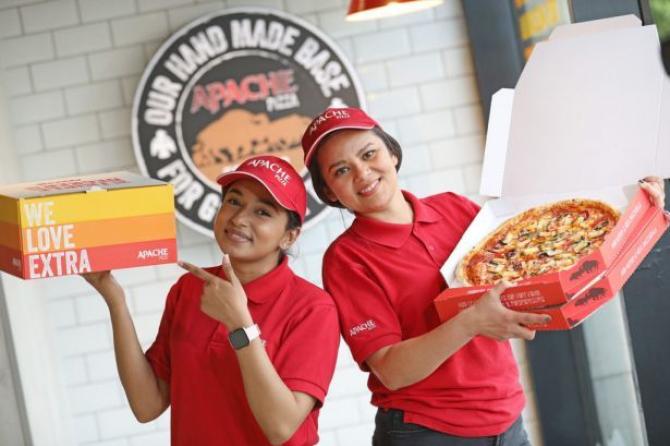 Apache Pizza is looking to fill 500 jobs across both sides of the border.

Apache Pizza chain is to create 500 jobs in its 180 stores on both sides of the border.

The Irish company – which has premises in Lurgan and Portadown – is to embark on a national recruitment roadshow in the coming weeks in towns and universities to fill the positions in time for Christmas.

The roadshow will be in its L/Derry outlet on Waterloo Place on December 7 from 10am to 3pm, and despite not disclosing a confirmed number of jobs in the Province, it is believed that new roles will be available across its 37 stores in Northern Ireland.

"We are delighted to create such a large number of jobs and to provide people with an immediate opportunity to join Apache Pizza, to secure local employment and to develop and advance their career with us as we continue to grow and expand across the island of Ireland," said Crispin McLoughlin, Chief Operating Officer at Apache Pizza.

The new jobs follow the 300 roles that Apache created earlier this year when it announced the opening of 20 stores.