Capability to abuse online must be removed – Lockhart 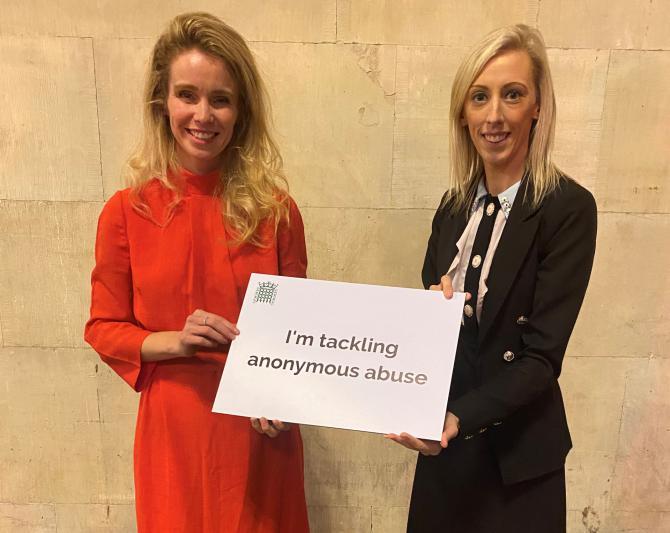 Upper Bann MP Carla Lockhart is to meet representatives of Twitter to discuss the ongoing toleration of abuse on the platform, following the disgusting comments directed at DUP MLA Diane Dodds over the festive period.

The DUP MP, who has long championed the verification of all social media accounts, has also raised the matter with the Digital, Culture, Media and Sport Secretary of State Nadine Dorres MP and Home Secretary Priti Patel MP.

“The widespread revulsion at the vile comments directed towards my friend and colleague Diane Dodds MLA is an indicator that the vast majority of society do not want such comments facilitated online.

"The depraved cowards who engage in this kind of online trolling will however ignore the condemnation of their actions and continue to target people – particularly females – with this sick abuse.

"Therefore, we must remove the ability to troll people online. If such a comment was made on the street, the person making the comment would be identifiable and be held accountable. It should be no different online.

"I have for some time now campaigned for the Government to use their Online Safety Bill to address online anonymity. It can be done through a relatively simple verification system – such systems are used daily to access everyday essentials and can take only a few seconds to complete. Access to online social media accounts should be no different. It is entirely possible for social media platforms to then bar those who refuse to verify their identity from engaging with verified users. This would both protect people from trolling, but also allow continued anonymity for those who actually need it – for example those suffering abuse for whom anonymity online can be used to reach out for help.

"I will be meeting Twitter and the Government in the coming weeks to discuss both this case, and the wider need to act to curb online abuse through anonymous accounts. Every time a case like this happens, we see an immediate outpouring of condemnation, but the Government and platforms do not act. This cannot be allowed to be the case indefinitely, and the Online Safety Bill is the mechanism through which action can be taken to make a real difference.”