"Your kindness means everything" - Dodds 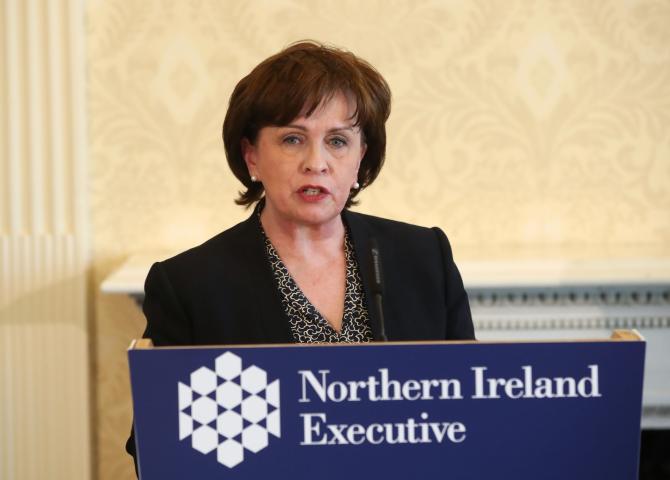 Upper Bann MLA Diane Dodds has expressed her "sincere and heartfelt" thanks to those who sent her messages of support after receiving an offensive tweet from a troll.

After wishing her Twitter followers a Happy New Year, an anonymous user made reference to her son Andrew, who was born with a serious illness and died just before his 9th birthday in 1998.

The social media account which was used to sent the message is no longer in use.

However, on her own Twitter profile, Mrs Dodds wrote: "A sincere and heartfelt thanks to everyone who has been in touch or posted a message of support. Your kindness means everything."

In an interview on the Nolan Show, the former Economy Minister, added that she has given a statement to the police and that trolls are "malicious and callous".

She said: “I think the reaction to that tweet shows that all right-thinking people were disgusted, and disbelieving that someone could do something like that.

“People who set out to do this kind of thing, set out to harm, they are malicious and they are callous.

“They set out to do it in a way strikes at the very core of your being.

“I think on this occasion they failed in that sense because the reaction to what happened was so strong.

“I later on today will give a statement to police about what happened on New Years Eve.

“I will be joined by a man who has been trolled relentlessly by this particular account.

"That man lost his father – he was shot in the yard by republican terrorists – and this is the kind behaviour that innocent victims of terror have also been subjected to.”

“What is even more appalling in all of this is the actual inaction of the social media companies," Mrs Dodds told Nolan.

“When the tweet on New Years Eve was reported to Twitter, they came back and said it didn’t breach their rules.

“It’s really difficult to understand what kind of rules and format for protecting the public do social media companies have if tweets like this, and the many others that have been reported in a similar vein, do not breach their rules or standards.”

The post drew widespread condemnation and the PSNI have confirmed that an investigation is underway.