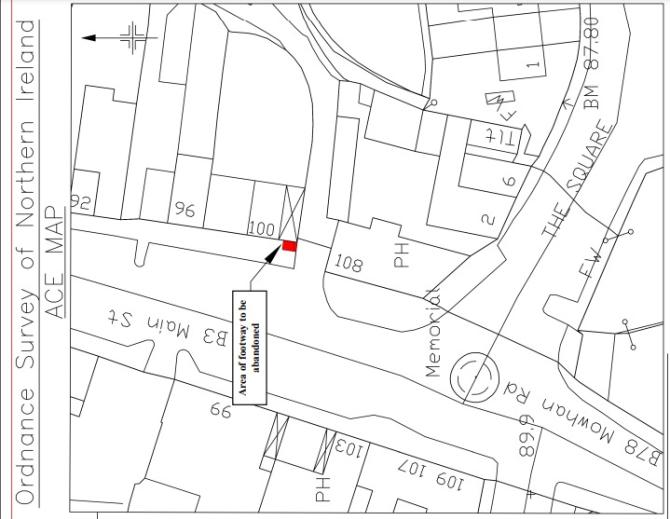 A Cusher councillor has expressed his concerns about the proposed abandonment of a section of footpath on Markethill’s main street.

The issue was raised at Armagh, Banbridge and Craigavon Council’s monthly meeting in December as members were made of correspondence from the Department for Infrastructure signalling its intent to abandon an area of 4.3 square metres of road on B3 Main Street, Markethill comprising footway, from a point 43m north-east of its junction with B78 Mowhan Road.

Speaking at the meeting, held on Monday, December 20, Alderman Jim Speers called on his Cusher colleagues to look again at what is being proposed.

“I have had quite a lot of people on to me about what is on this portion of proposed abandoned footpath and I would ask that others just have a look at it and find out if they share the concerns of many people that have spoken to me about it,” he said.

“I would ask they do this before we approve this matter as it is obvious what is there and I am not so sure it adds to the town but I will leave that to others to have a look at.”

Council Chief Executive, Roger Wilson noted the dead line for objections is February 22 and said if Cusher councillors want to take a look at the issue an update can be brought to January’s monthly meeting.