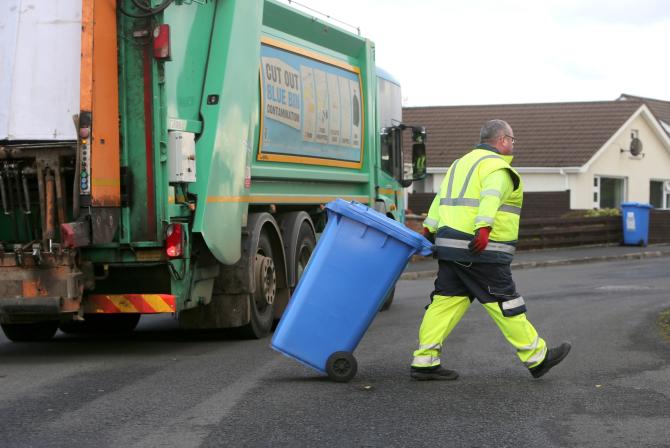 The campaign has been made possible due to a grant from DAERA.

Armagh City, Banbridge and Craigavon Borough Council is to run an outdoor campaign to increase awareness of the need to recycle across the borough.

Members of Council’s environmental services committee were told of the campaign, which has been made possible thanks to a grant from the Department of Agriculture, Environment and Rural Affairs at a meeting of the committee on Thursday, January 6.

Council’s head of environmental services, Barry Patience informed the committee of the £2,700 funding and explained how it would be used to try and boost the borough’s recycling rate.

“Over the next number of months there will be an outdoor campaign and on social media about recycling with a strong focus on increasing the recycling rate in the borough,” said Mr Patience.

“This campaign is possible is because Council has received funding of £2,700 from DAERA for it. It is a small grant to help boost our recycling rate.

“The Northern Ireland recycling rate has fallen during the pandemic. Ours is still above average but we don’t want to let that slip so this campaign will hopefully keep the issue on the agenda and increase the borough’s recycling rate.”